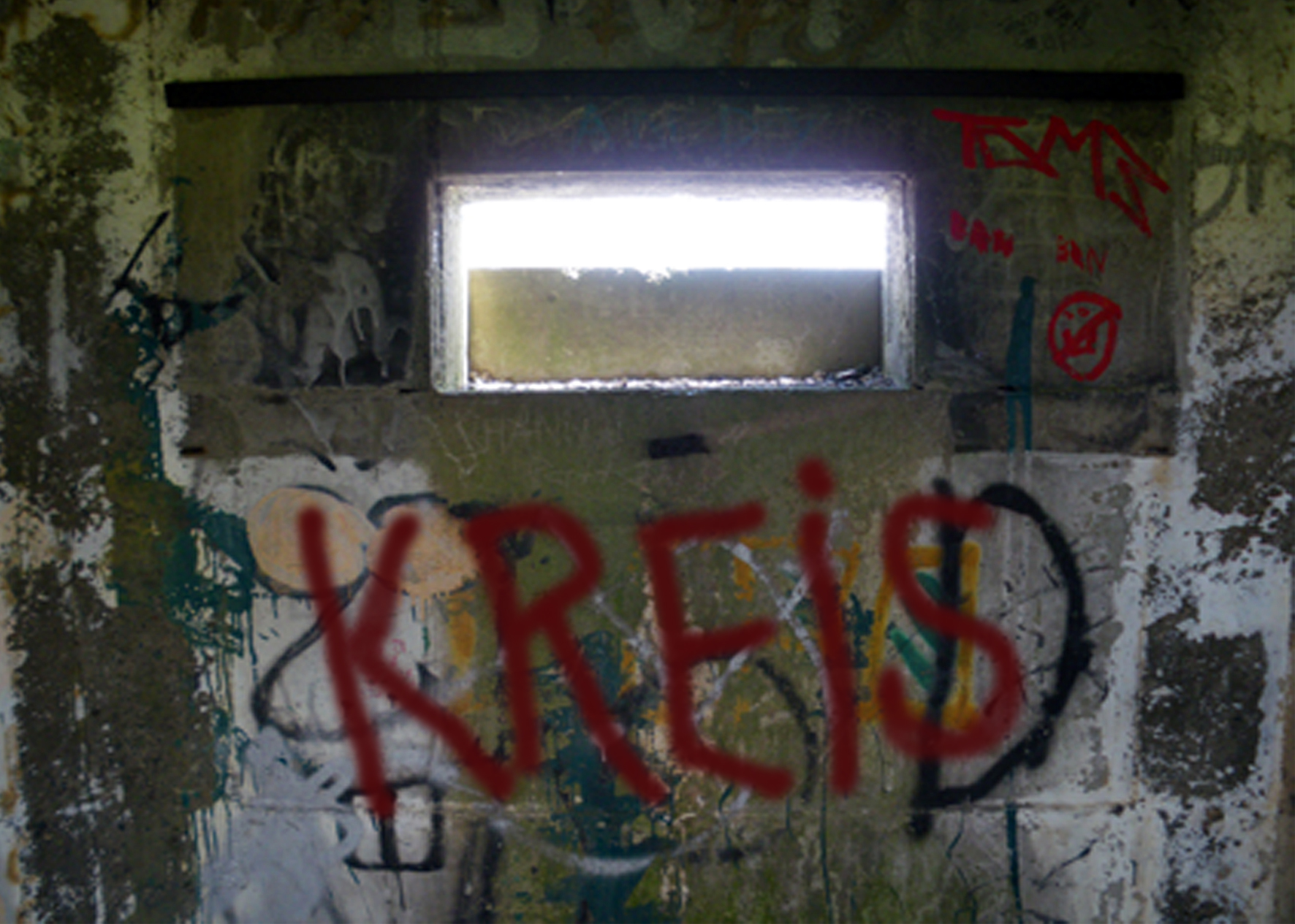 Kreis
An exhibition of works by Gail Ritchie 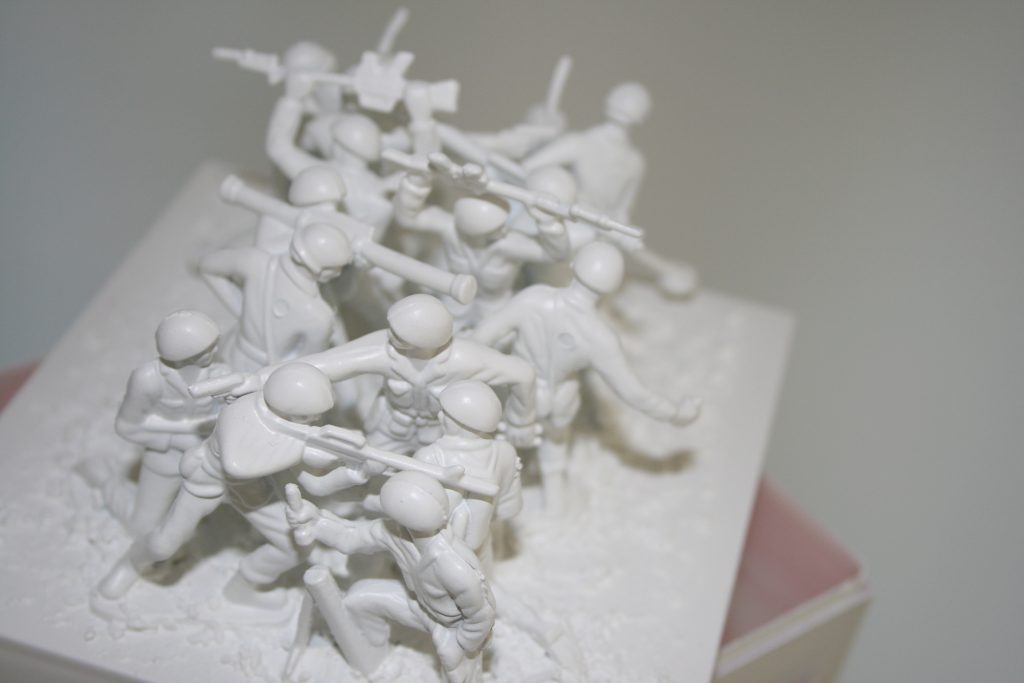 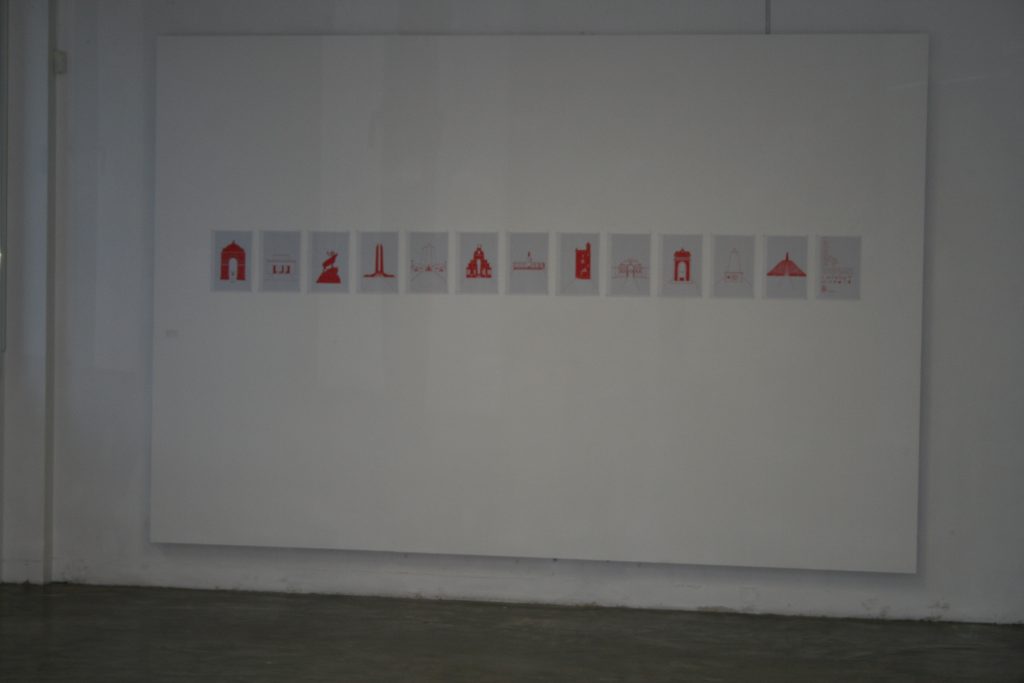 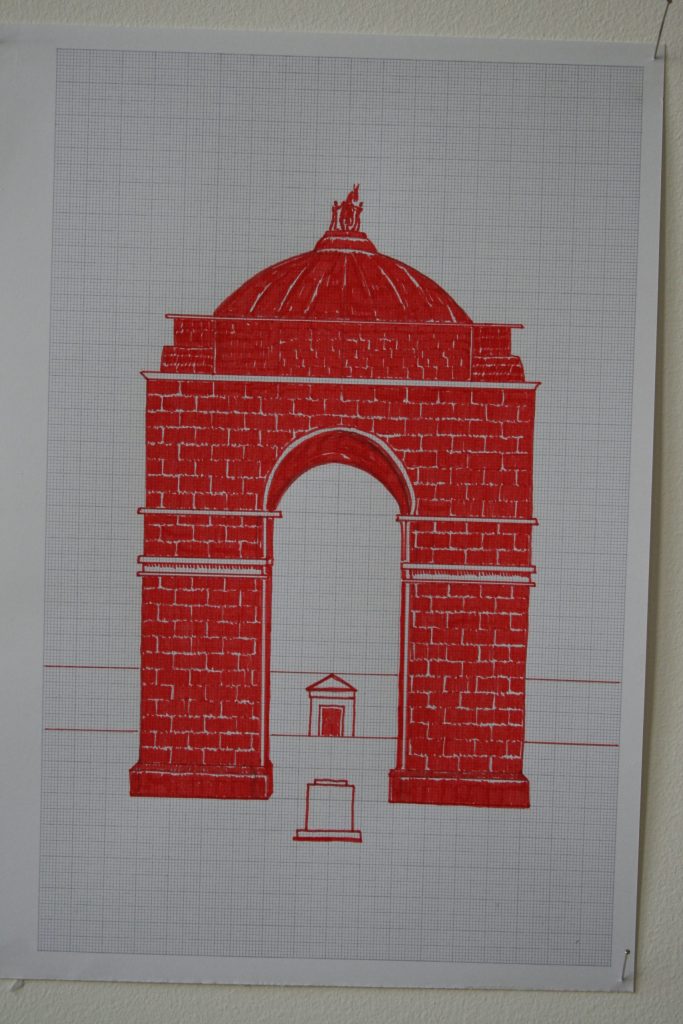 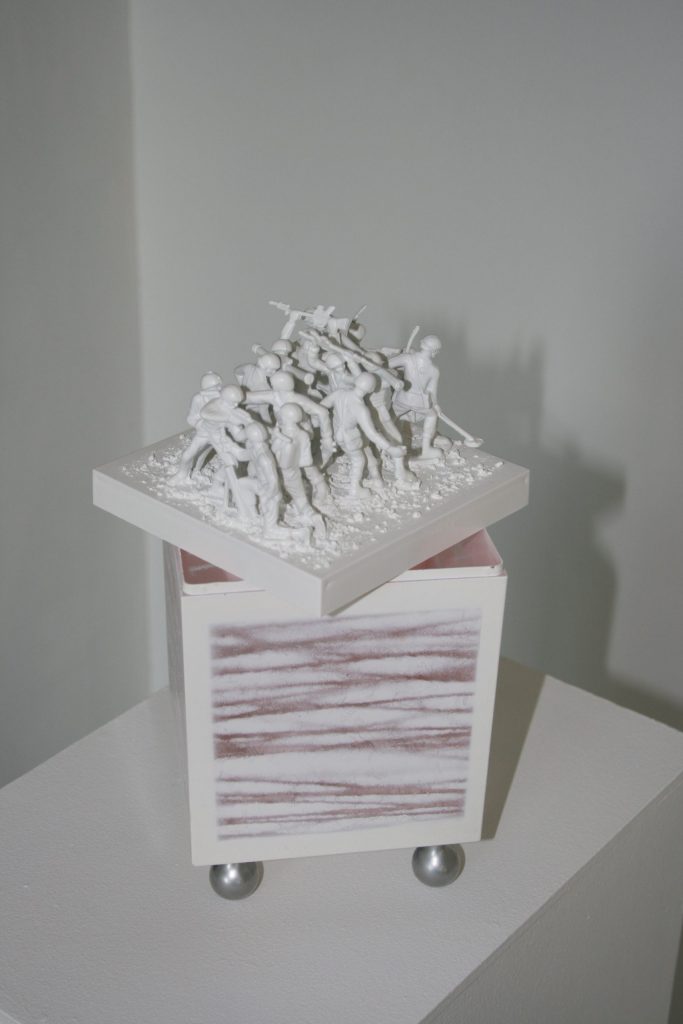 Kreis, (German for ‘circle’) is the name of a process based , conceptual work by Belfast based artist, Gail Ritchie. Via an illustrated wall diagram, the artist invites the viewer to follow her thoughts which ‘circle’ around the central theme of ‘conflict’. Seen mostly through the lens of European history, research has taken the artist to the Somme battlefields in France, to Berlin and the forests of the former East and more locally, to derelict coastal defences around the Ards Peninsula. Woven through the theme is an attempt to begin to unpick the architectural language of Memorials and the beginnings of an idea for a ‘Universal Memorial’. As is frequently the case with Ritchie’s work, there is often a back story to the central theme, in this instance her interpretation  of the word ‘fallen’ to describe both those killed in battle and trees ‘felled’ for commercial gain.

The exhibition invites the viewer , via the wall diagram, to follow the development of a concept.

Born Newtownards, Northern Ireland. Previously a member of Backwater Artists Group Cork before relocating to Belfast and joining Queen Street Studios , in 2003. Has exhibited extensively throughout Ireland and increasingly internationally in China, Berlin, Mexico, Spain and Lithuania. In 2006 she curated and took part in ‘Through Our Eyes’ in the Painting Center, New York followed by ‘Intersections’ in Tokyo, both part of international exchange exhibitions organised by Green Dog Arts, which she co founded with Ima Pico and Ruth McCullough  in 2004. In 2007, she was selected for the Smithsonian exhibition of Northern Irish Art (Resolutions) at the Katzen Center for Arts Washington DC. In March 2008 had solo exhibition ‘Jouets’ at the Spectrum Gallery, London. She has had five other major solo exhibitions (Cosmic Dig, Albert, Arc, Pelt and Cheerful Tips for Living and Dying) between the period 1997 – 2005 as well as participating in group shows including the first ever exhibition by women artists from Northern Ireland at the Guayasmin Gallery, Havana, Cuba She has received awards from Arts Council Ireland, Arts Council Northern Ireland, Cultural Relations Committee and the British Council. Her work is housed in many  collections including Crawford Municipal Gallery, Cork , Trinity College, Dublin, Bank of Ireland and Arts Council Northern Ireland, Harland and Wolff, David Roberts Collection, London. Her first collection of poetry ‘Coyote Leaping’ was published in 2005 by Bradshaw Books, Cork.

Although no longer working in the field as an archaeological excavator, my work plays with the traditions and conventions of both visual art and archaeology, allowing both procedures to interlink and interfere with each other.

Artefacts and animals which hold an aura of memory and meaning and which may be enigmatic in terms of cultural and mythological associations intrigue me. The work draws on many references, cultural and historical and operates across a variety of media.

I recycle motifs throughout my work, in whichever media, and this reflects how the nature of meaning is fluid and changing. The recombination of motifs energises possibilities within the narratives. In this respect, all work to date is work in progress, a circular exploration of memory and memorial.