Intervention
An exhibition of works by Shiro Masuyama 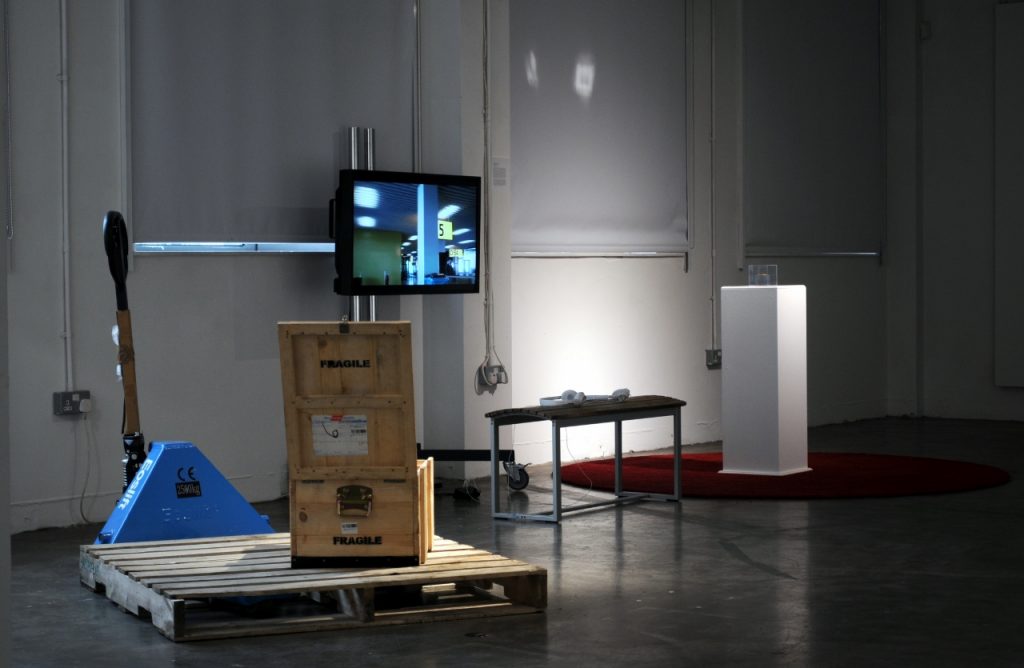 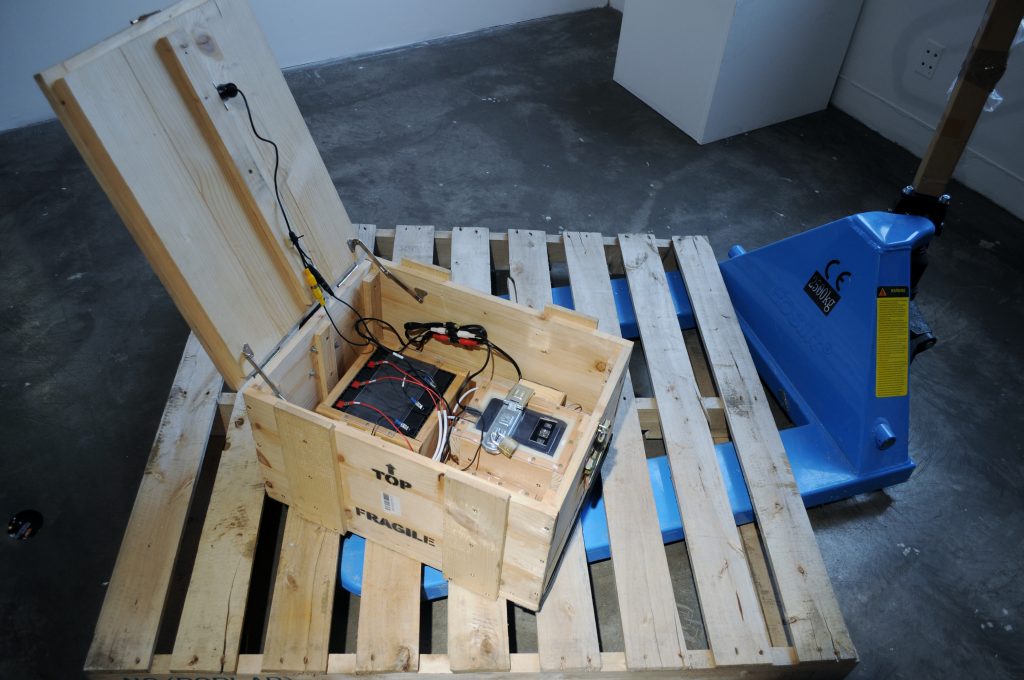 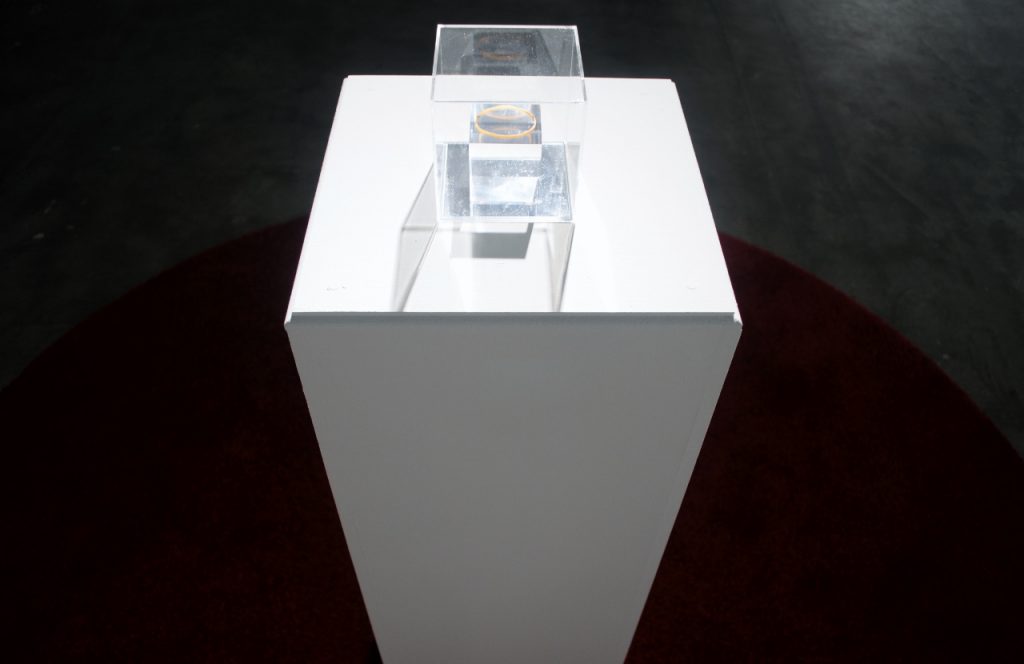 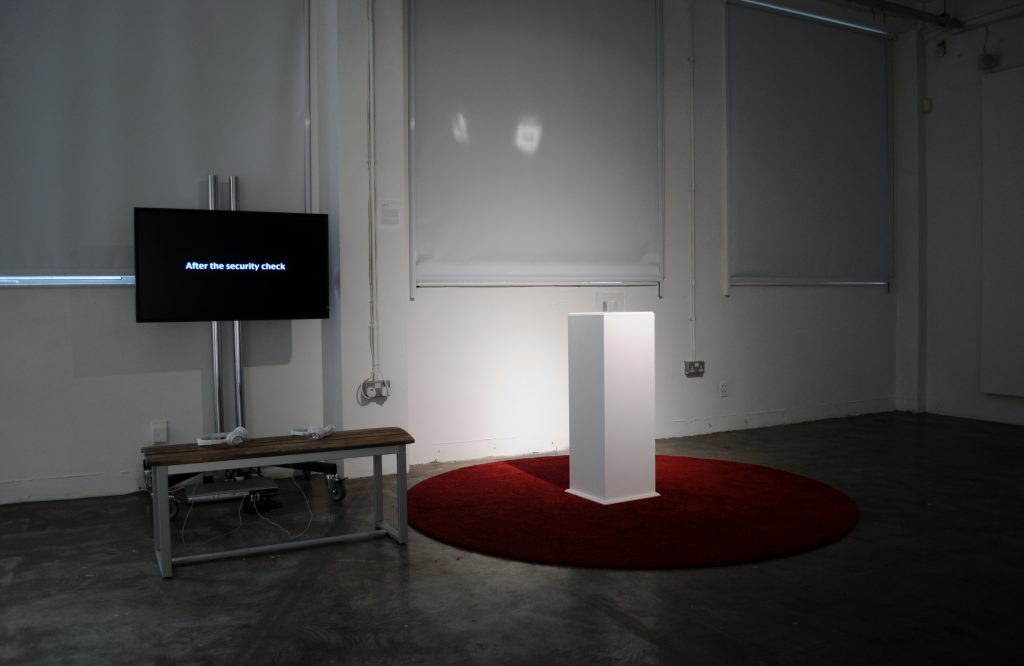 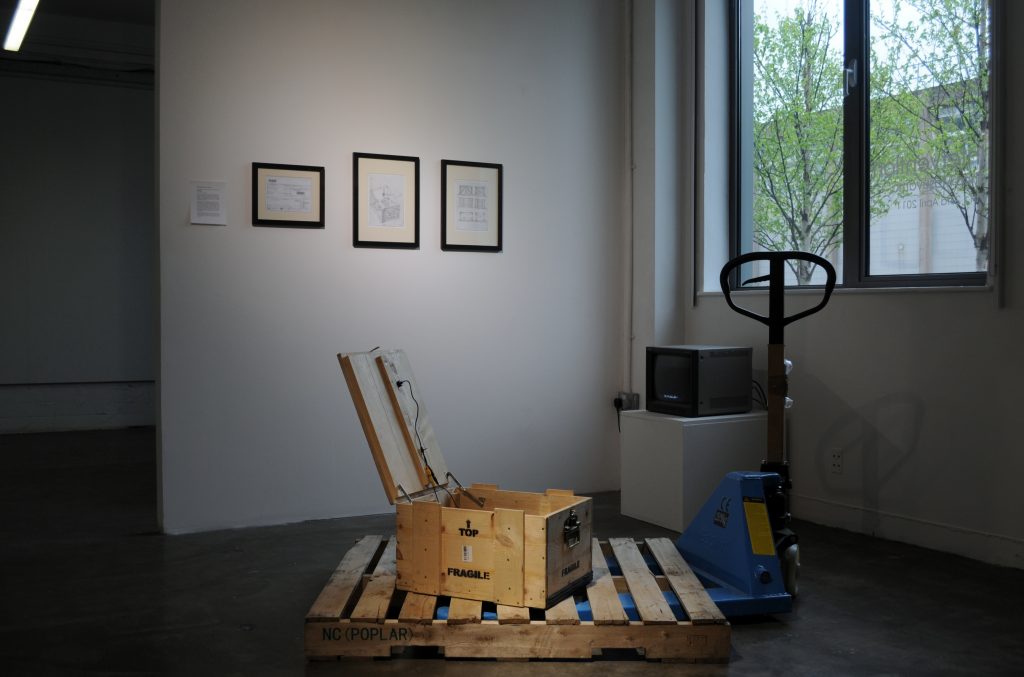 Have you ever wondered how high Napoleon’s Nose is?

Have you ever thought about how a parcel travels from one place to the next?

Wouldn’t it be great to cross the border without passing the security checkpoint?

Intervention is a solo exhibition by internationally renowned artist Shiro Masuyama which acts as a platform to introduce him and his working practice to the Northern Ireland audience. The works presented; ‘Crossing the Border’, ‘Moving’ and ‘Measuring the Height of Napoleon’s Nose’ combine simple performance with documentation and are exhibited as object and video. All the works address notions of travel, the influence of place and society, and the genuine fascinations and desires of the artist. There is a simple intention, a simple process, and a simple result – an innocent inventive approach to a discovery of the world.

Observation is a big part of Masuyama’s working practice and this is evidenced in ‘Crossing the Border’. Whilst waiting at a security checkpoint in Schipol Airport in Holland, he noticed a small gap between the top of a glass wall and the ceiling. This design feature became both a visual and physical barrier, describing the space beyond it as forbidden unless undergoing a rigorous inspection. Intrigued by this, Masuyama returned to the checkpoint and in a playful manner, aimed ordinary rubber bands at the gap between the glass and the ceiling. Without attracting attention, he managed to get a band through the gap, announcing itself as a silent violation, a mischievous breaking of the rules and a breaking of the border.

‘Moving’ attempts to address the notion of travel and movement in the unknown spaces between real and metaphoric borders. Masuyama was able to invent a ‘moving’ box containing a hidden camera to record and investigate the journey of a parcel through its various stages of delivery. He produced a video document which transcribes the passage of the ‘moving’ box from Vienna to Krems in 2008, and also allows the viewer to experience this ‘moving’ box as a sculpture in the exhibition.

The innocent questioning of simple ideas that appears in Masuyama’s work is brought to the forefront in ‘Measuring the Height of Napoleon’s Nose’. Using a fishing rod, Masuyama entered into an adventure with two friends to discover the actual height of Napoleon’s Nose, creating a performance that places itself in-between the geographic monument and its cultural history. This sense of curiosity is something that everyone can relate to and Masuyama presents this as art through the video record and the physical evidence of the fishing rod displayed.

Shiro Masuyama is a Japanese conceptual artist who has exhibited his work worldwide including solo shows in Tokyo, Barcelona, Dublin, Bordeaux and Hamberg. He has completed many artist residencies internationally and currently works with Flax Art Studios in Belfast. He has a Masters Degree in Architecture from Meiji Univeristy, Japan and his works are fundamentally site specific inspired by the environment in which he lives. He has worked in a variety of media including installation, sculpture, performance, video and photography.