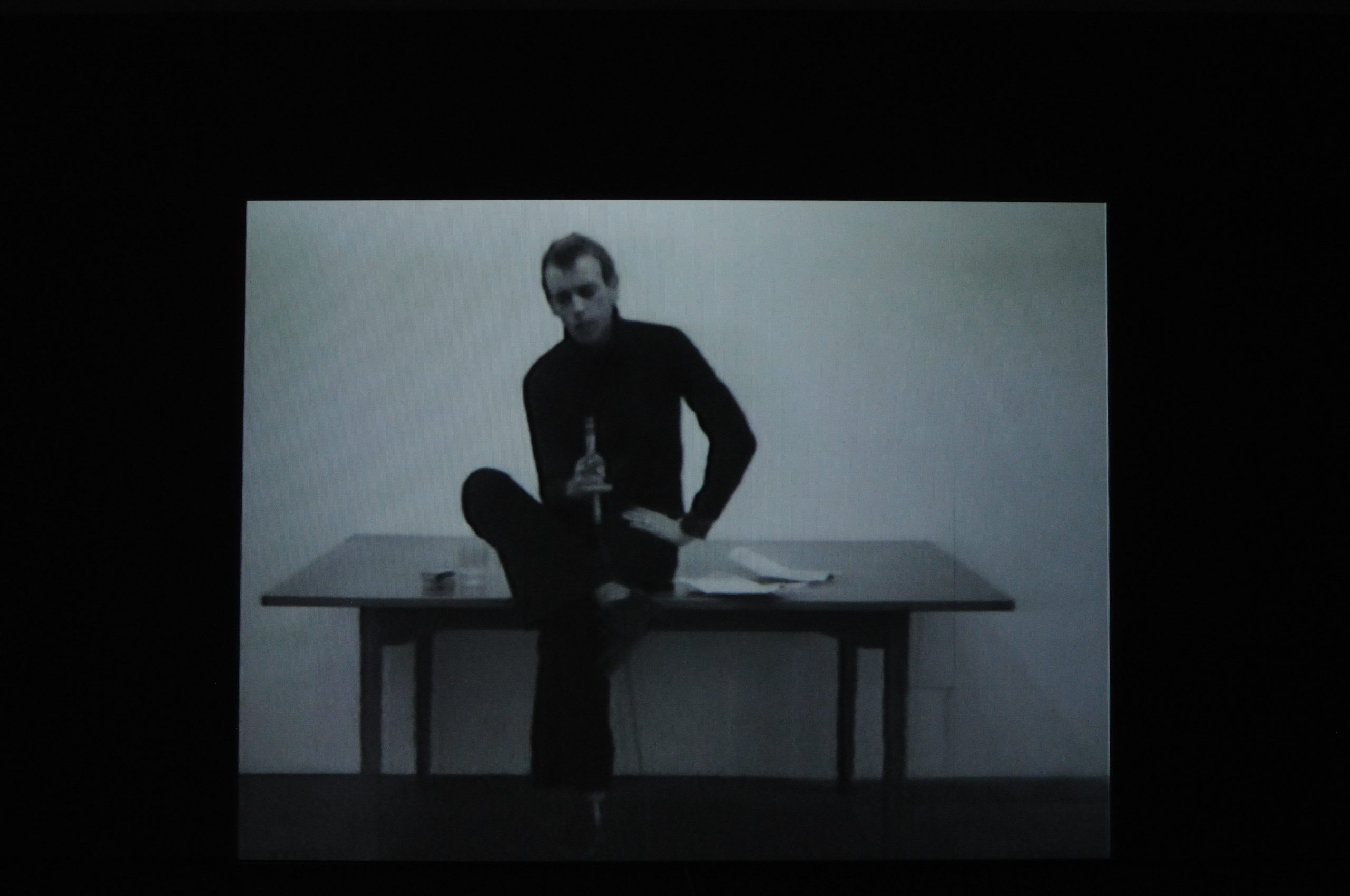 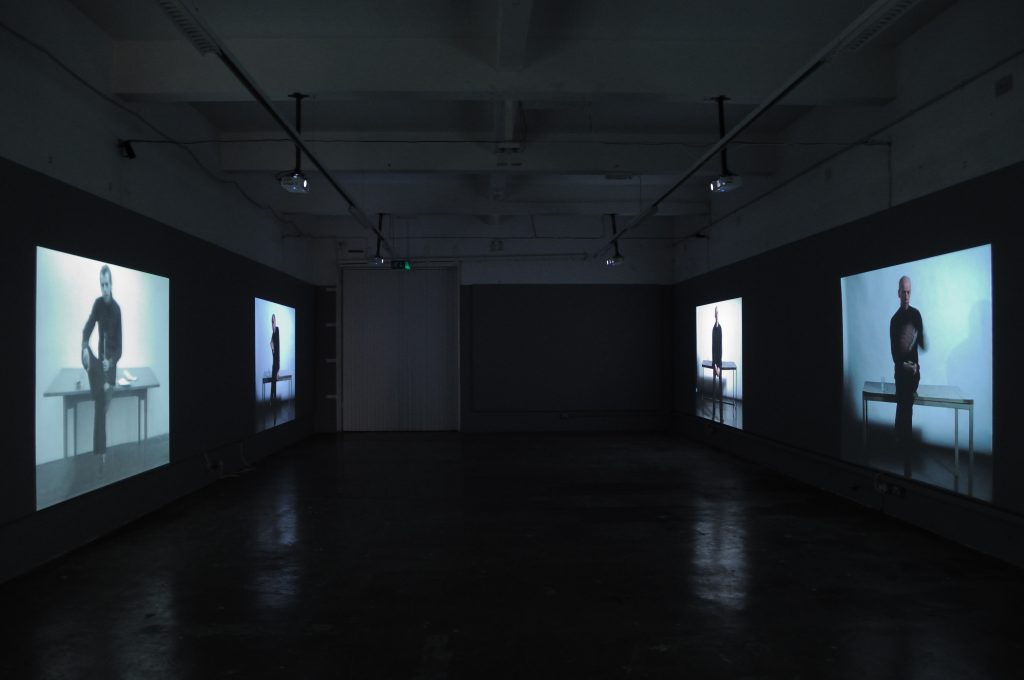 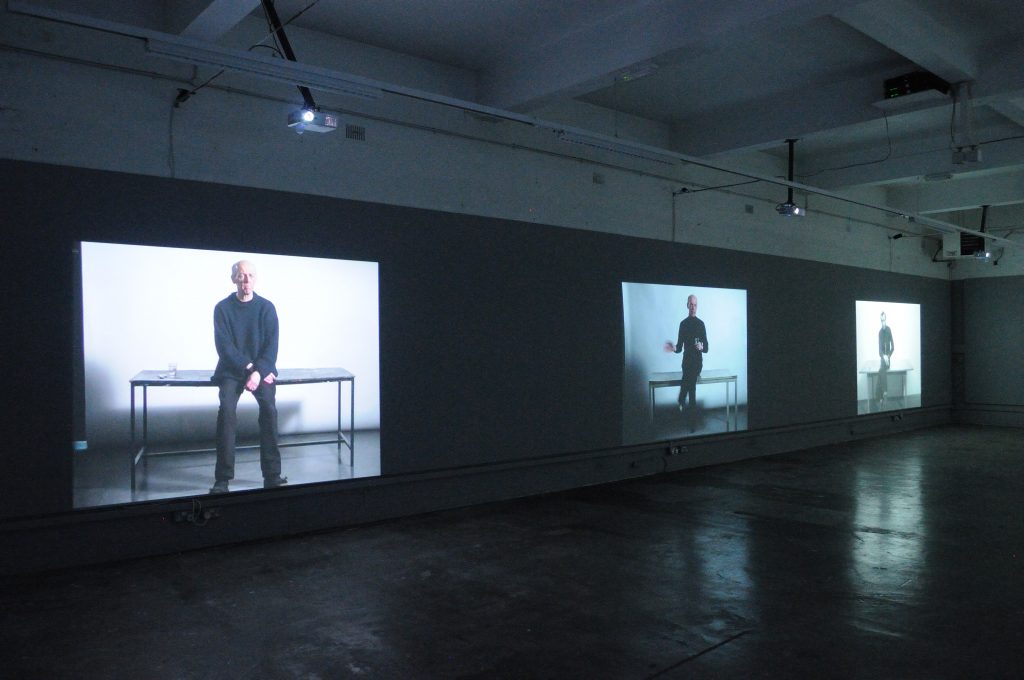 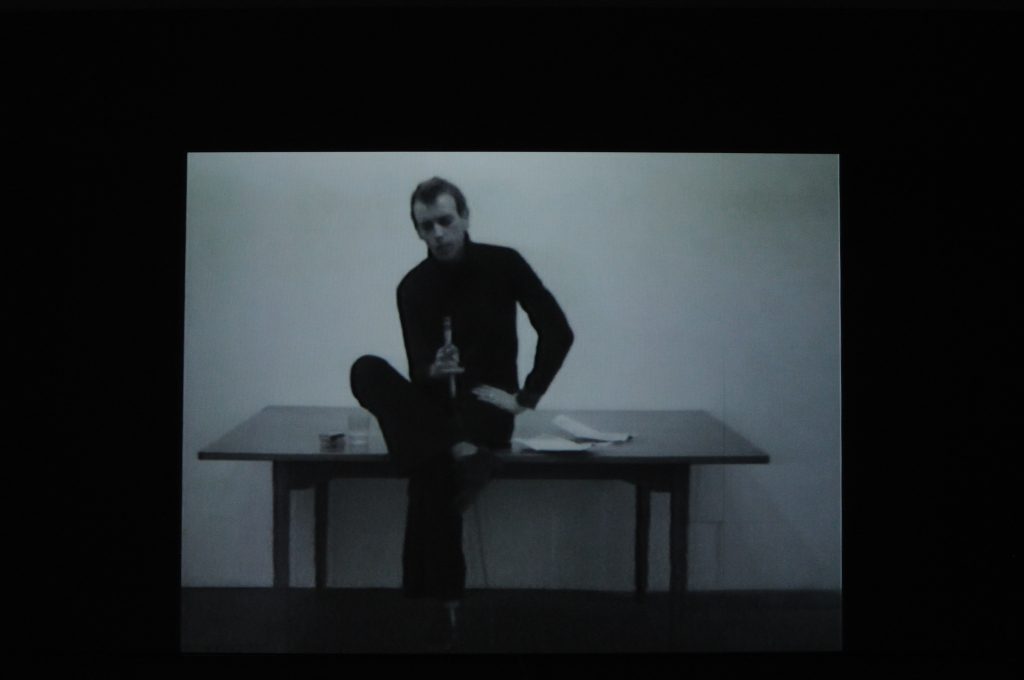 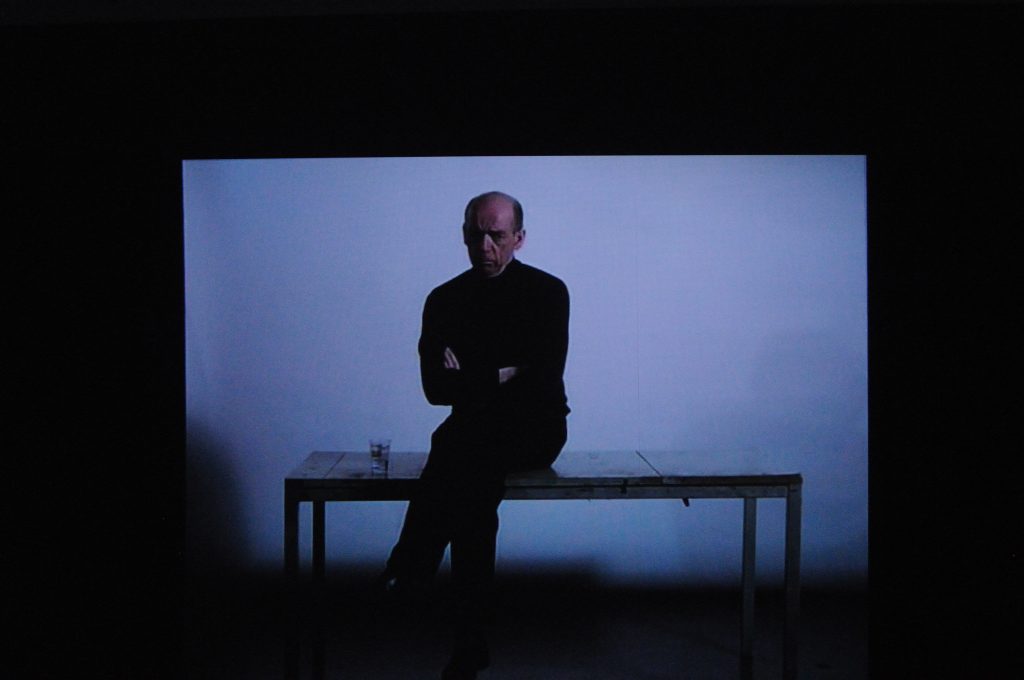 Kevin Atherton’s exhibition at the Golden Thread Gallery, Belfast brings together, for the first time in the same space, all three versions of his video journey In Two Minds.

The work, which was originally presented as a two monitor video installation at the Serpentine Gallery in London in 1978, was re-entered by Atherton in 2006 when he produced two additional versions of the work.

Part of a generation that pioneered video and performance art in Britain in the 1970s and early 1980s, Atherton (Manx, b. 1950) has performed a number of pieces that adapt the structure of the press interview or the Q&A session of the artist talk. The work, In Two Minds—Past Version (1978/2006), updates a piece done in 1978 by substituting a new set of answers. In this 2006 version, Atherton responds to the amusingly antagonistic questions posed to him by his twenty-seven-year-old self. The questions are about the work itself and concern the effectiveness of his idea—as well as the effectiveness of idea-based art in general. Frustrated, present-day Atherton not only justifies his intentions in creating a piece based on an internal dialogue, but also explains how the terms of the debate have changed, and how the piece has become more about life than just art. The work reveals not only how video art has technically changed in the interim, but also how the perception of video art has changed over the years, as it has become ubiquitous in contemporary art.