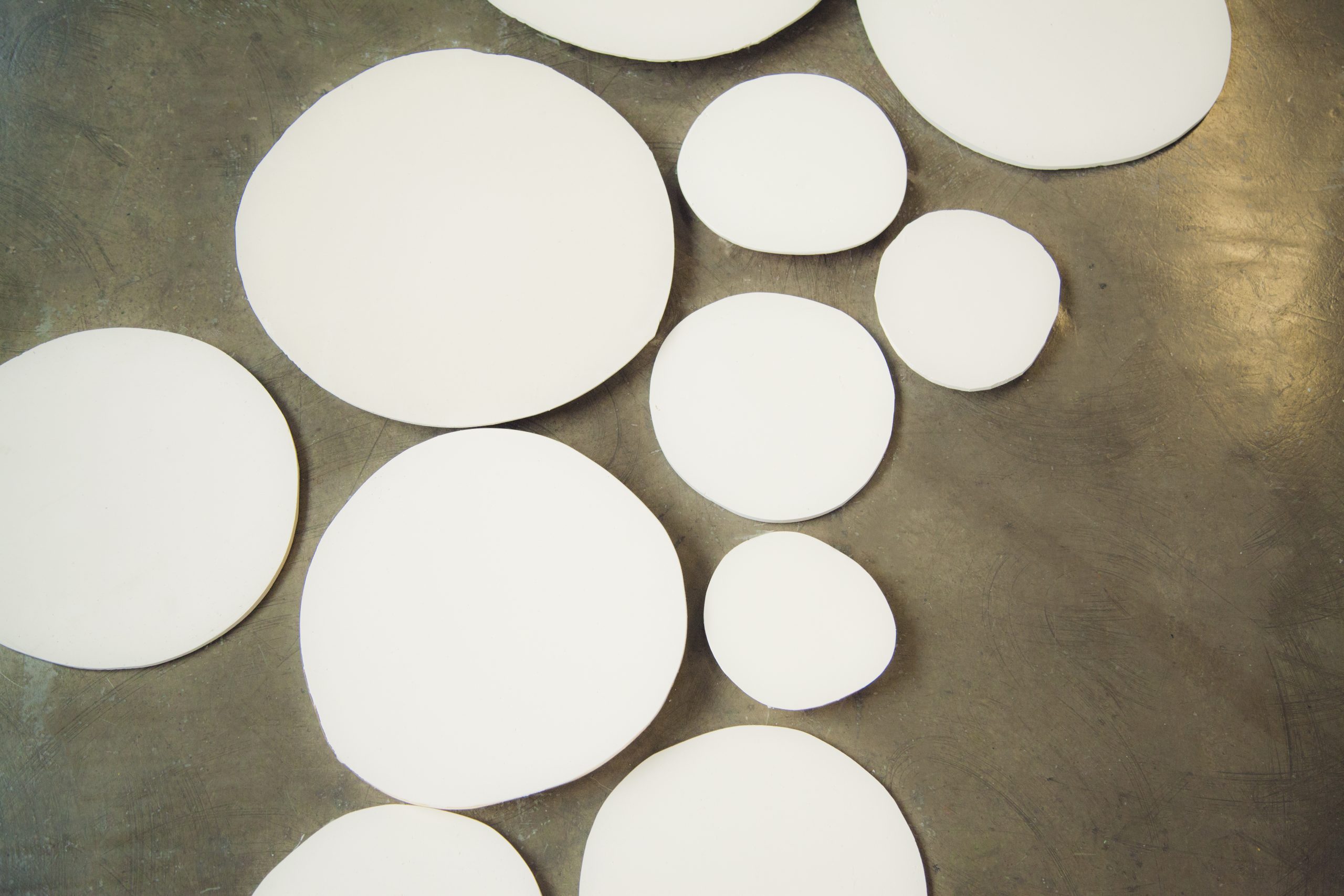 Greater than I
A solo exhibition of works by Stuart Calvin

“There’s a crack in everything.  That’s where the light gets in.” Leonard Cohen 1992

In this new exhibition, Greater Than I, Stuart Calvin contemplates life, transcendence, and the journey of the soul.

Calvin is inspired by the idea of energy and frequency being present in the world and the human body and how these can be changed through the applied use of objects or through ritual, magic and meditation.  He uses his understanding of materials to transform thoughts, objects and transient light into sculptures and installations that are charged with contemporary mysticism.

“Drawing on familiar symbolism from magic, mysticism and the occult my work explores incorporeal worlds, supernatural experiences and the human propensity to venerate and fetishize objects. References to New Age ideologies, superstitions and theories of consciousness are ever present and the work forms connections between the visible and invisible, the physical and metaphysical, the known and the unknown.”  Stuart Calvin, 2017

Born in Belfast 1974, Stuart Calvin Graduated from the University Of Ulster in 2011 with a BA hons in Fine and Applied Art and in 2016, a Masters degree in Fine Art.  He has recently been awarded The Royal Society of British Sculptors bursary. The Award is given to early career artist judged to be of outstanding talent by the RBS. Calvin was the first recipient of the Annual Gerard Dillon Award and Solo Show, selected by the Arts committee of Culturlann Belfast. He received the University of Ulster Dean’s list award and bursary 2009 for excellence and achievement. Calvin has also received several Awards from the Northern Ireland Arts council and ADF Ireland and has recently completed the Career Enhancement Programme, funded by the Esmée Fairbairn Foundation.