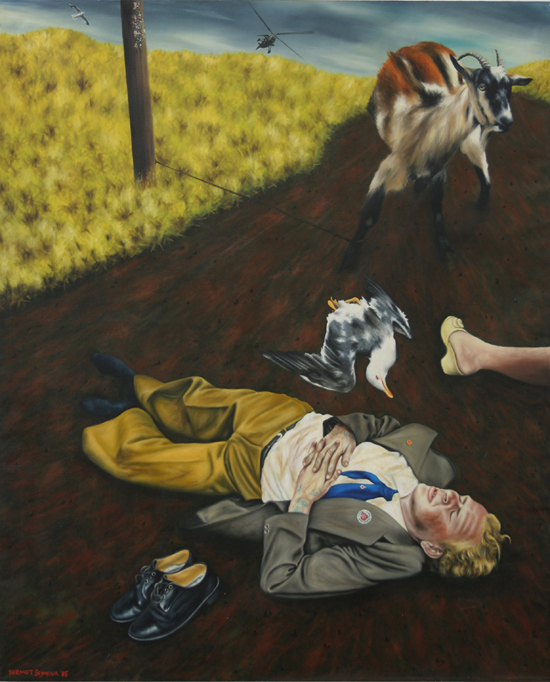 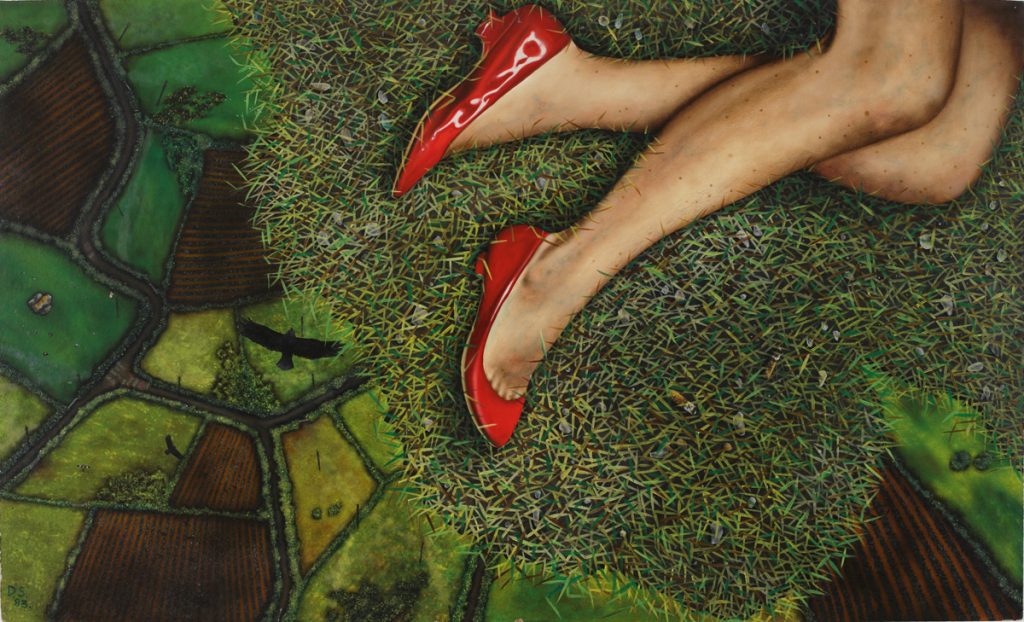 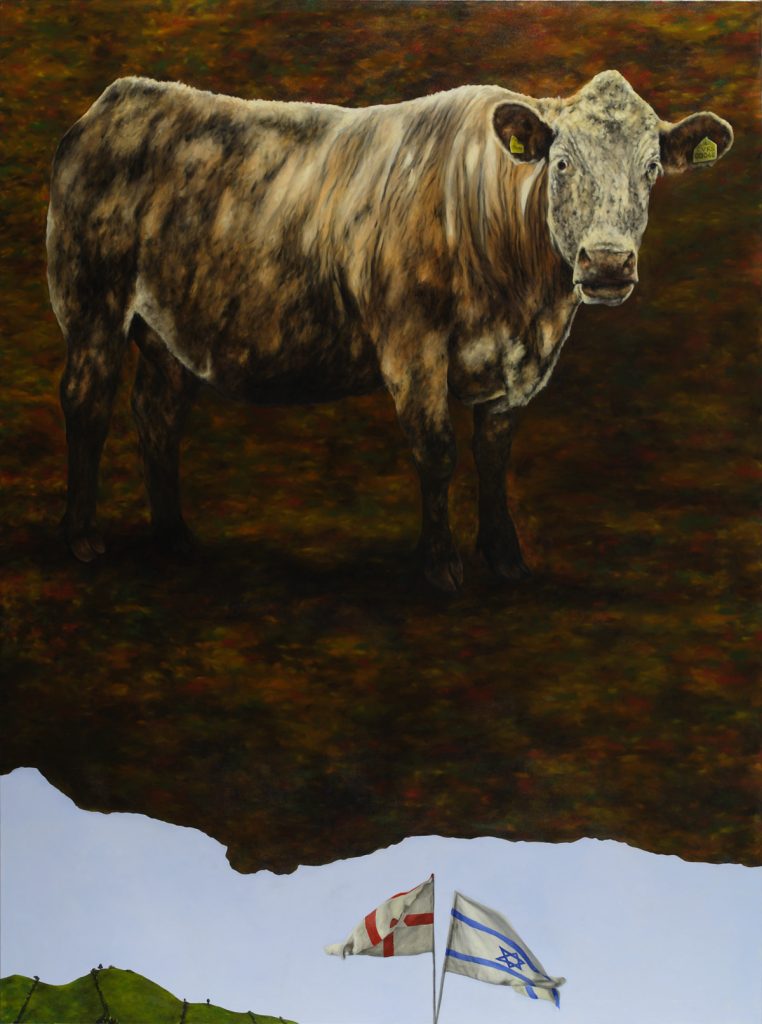 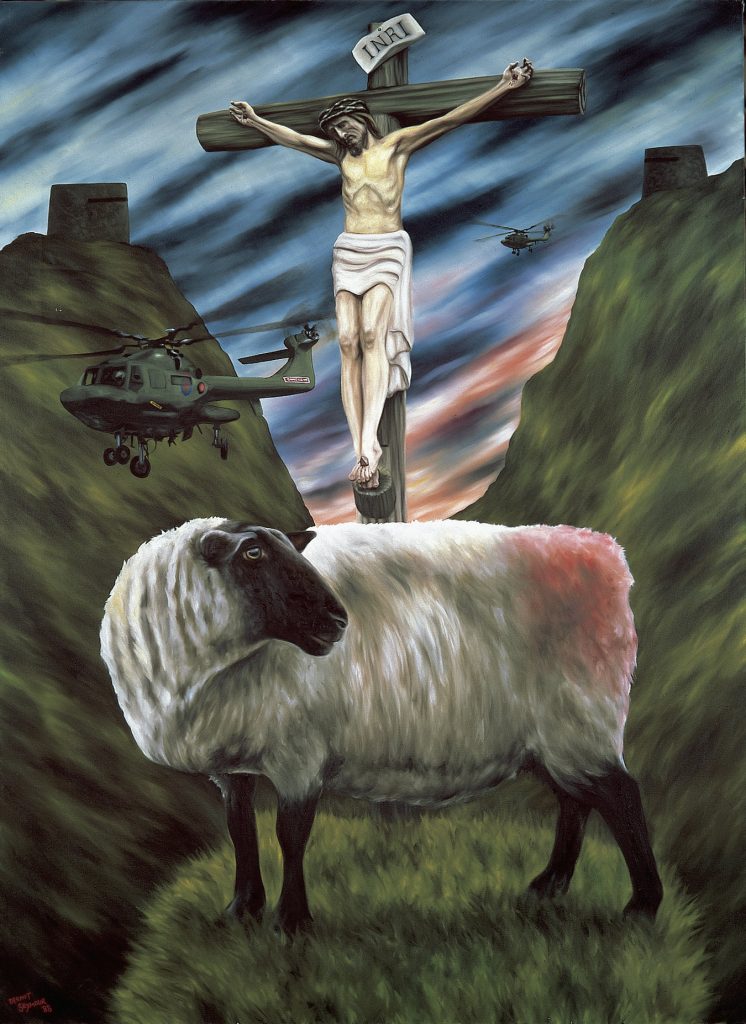 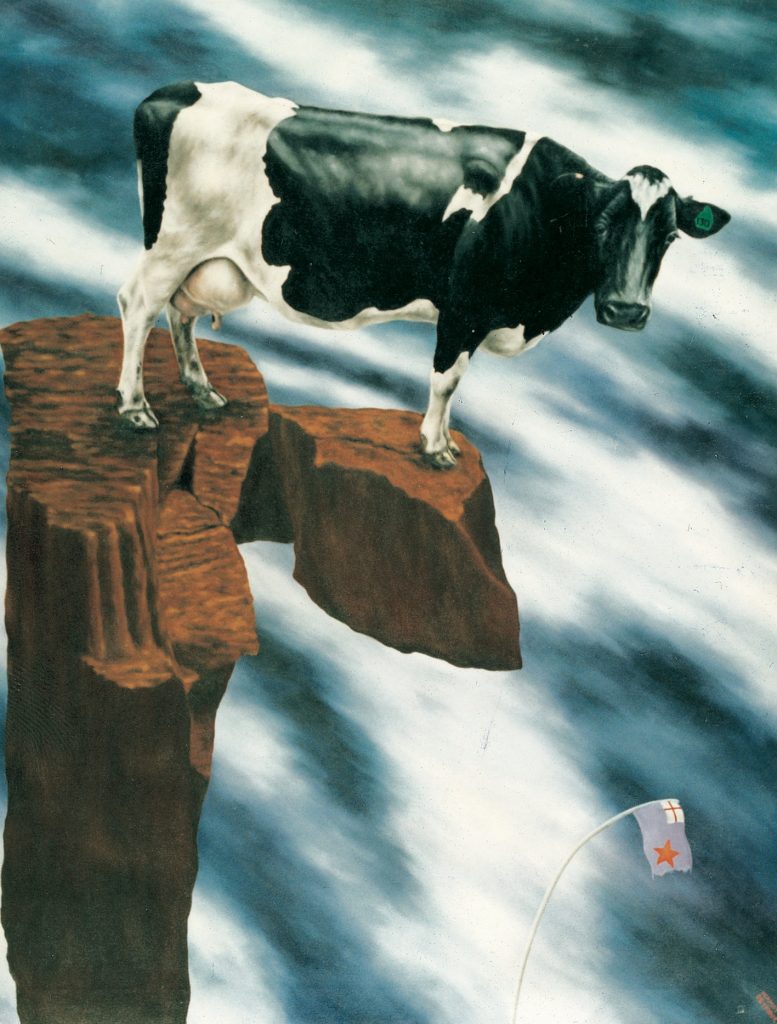 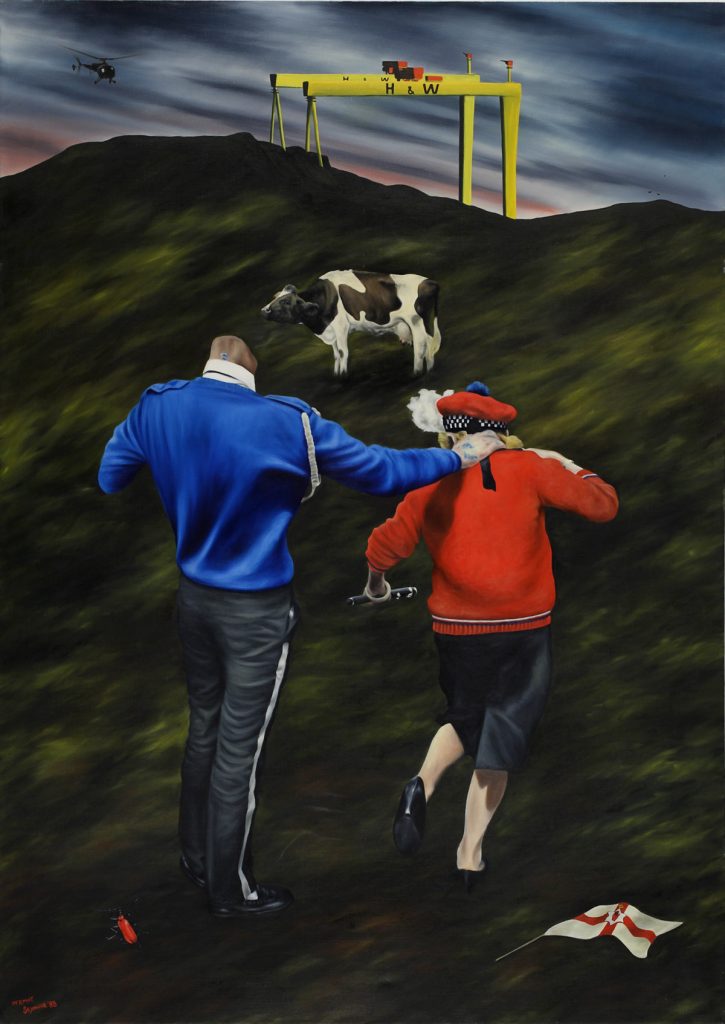 Fish, Flesh and Fowl is a retrospective exhibition by Belfast-born artist Dermot Seymour. The exhibition is a collaborative venture between the Golden Thread Gallery, Belfast and Kevin Kavanagh Gallery, Dublin, devised by the distinguished academic and independent curator Jim Smyth. The exhibition, sets out to examine aspects of the underlying themes and formal motifs in Seymour’s practice dating back to 1979, and through 2012 will tour to the: Centre Culturel Irlandias, Paris; Solistice Arts Centre, Navan; West Cork Arts Centre, Skibereen; and the Letterkenny Regional Arts Centre.

The exhibition includes works from 1979-2012, with a selection of large works from the period prior to 2000 alongside a number of smaller works from 2000 onwards. Broadly speaking there are four distinct phases in the evolution of Seymour’s work, all of which will be represented in this exhibition:

Works prior to 1980 which are inspired by the urban desolation and orange culture of Belfast’s Shankill Road where he grew up.

Paintings produced in the 1980s when Belfast was the cockpit of the ‘Troubles’.

The period from the late 1980s onwards when Seymour moved to the West of Ireland. These works offer a unique slant on the landscape of the West and the interrelationship between man, beast and nature.

After 2000 the artist’s work embodies a continued interest in landscape and the collisions between humans and animals as well as a well received excursion into portraiture where earlier themes and concerns become distilled and focused.

Dermot Seymour was born in Belfast in 1956.  He studied at the University of Ulster and is a member of Aosdona. He has exhibited widely in Europe and the USA. Writing on Dermot Seymour’s paintings, Seamus Heaney remarked that the works are never obvious, nor do they ‘invite questions nor repel them’.  Yet a characteristic of these paintings is the immediate effect they have on the viewer confronting a world turned upside down where animals, still against sulphurous skies, coolly observe the twisted world of humanity.  Moral and political judgements do not figure but the viewer is left in no doubt that something has gone drastically wrong, somewhere. If judgement is past it is by the very presence of the  bestiary that teems through the paintings : cattle reduced to units of consumption, road kill, birds, hares and seals  stricken in an alien landscape, knowing yet helpless. More recently Seymour has produced a series of portraits of both animals and humans – if humanity were to be criteria the latter might well come off worse. Seymour’s paintings, both baffling and insightful, present a unique commentary on the complexities of recent Irish history and the contradictions of a rapidly changing society.

The exhibition is accompanied by a fully illustrated publication with essays by Seamus Heaney, Dermot Healy and Jim Smyth and poems by Paul Muldoon and Jamshid Mirfenderesky