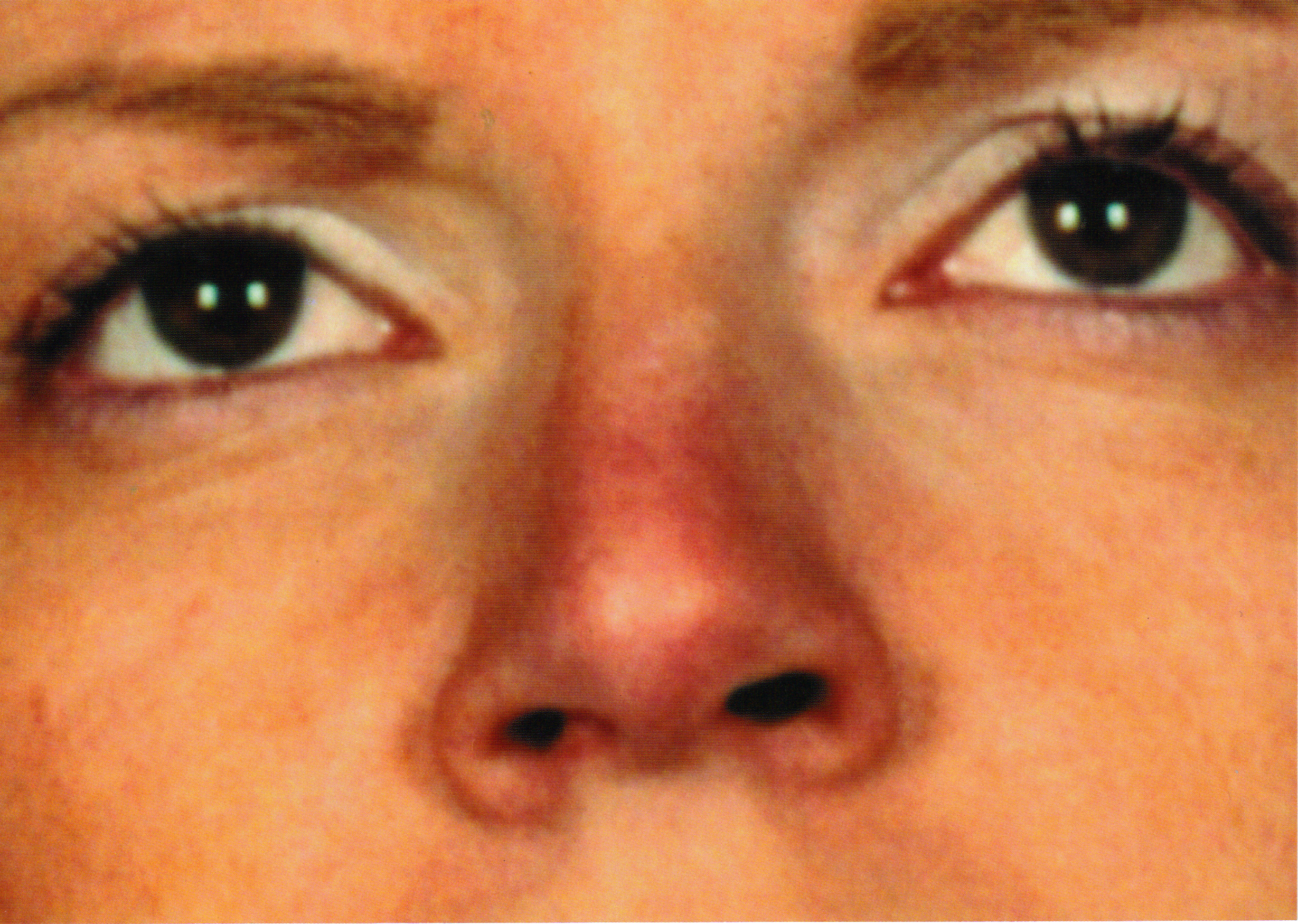 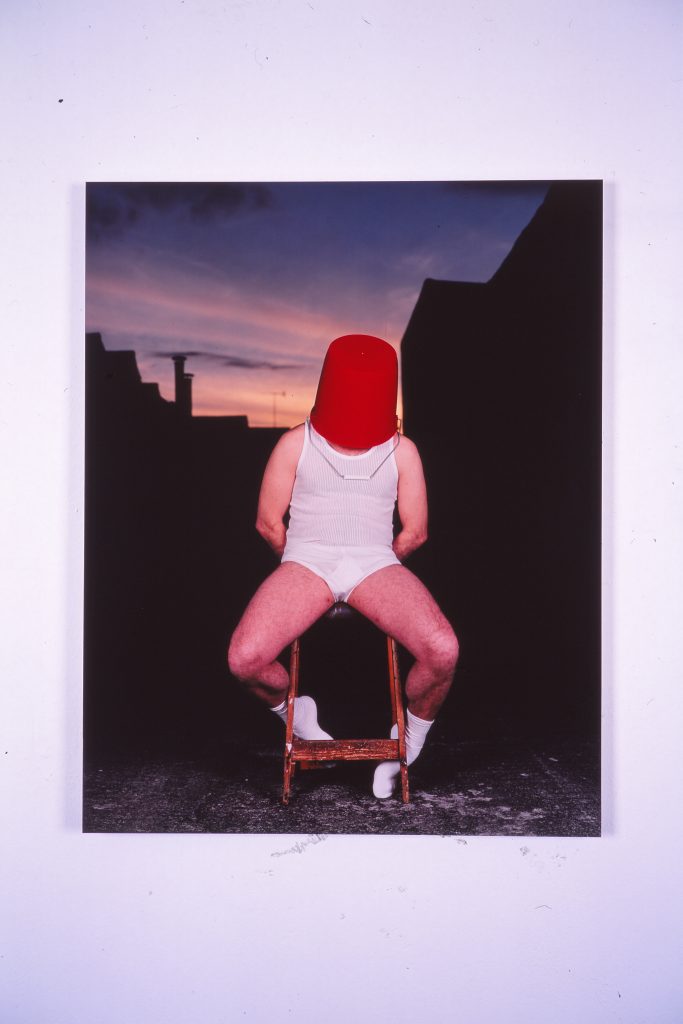 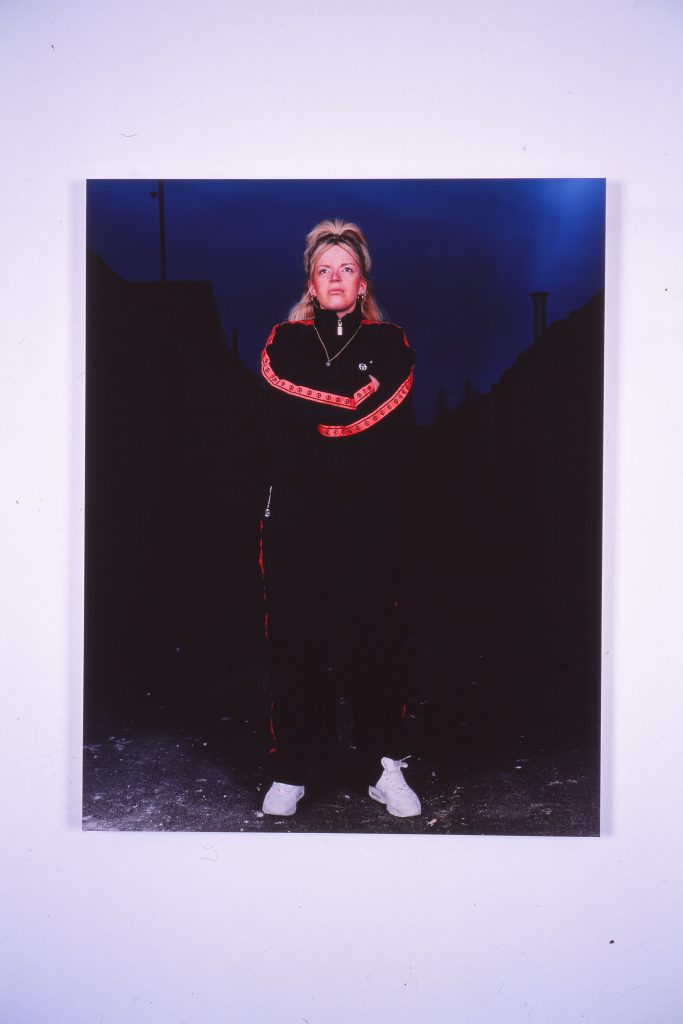 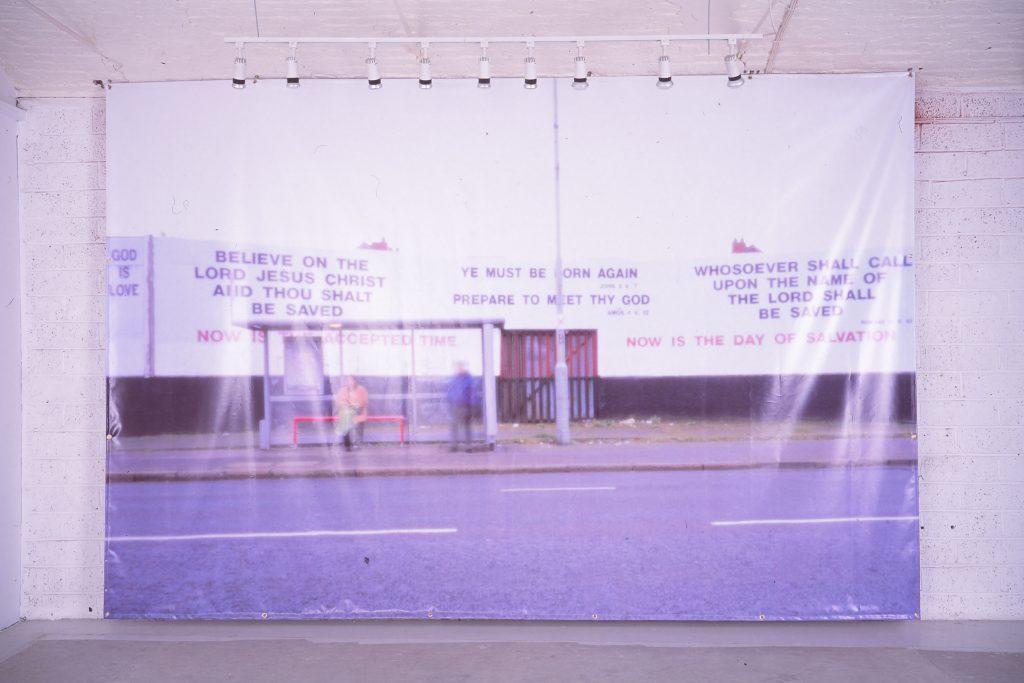 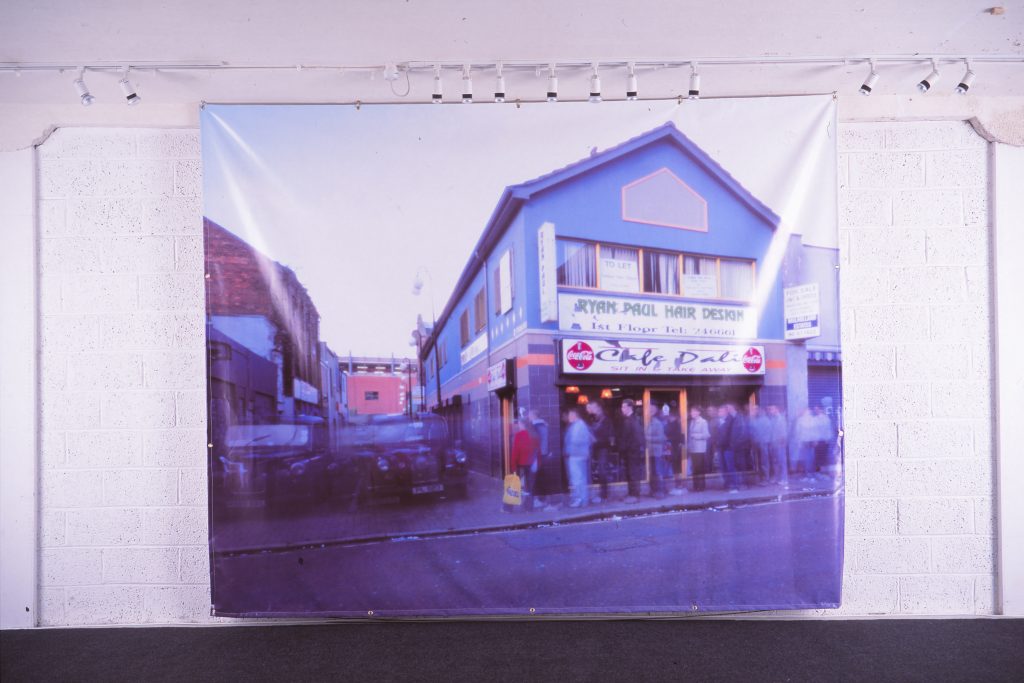 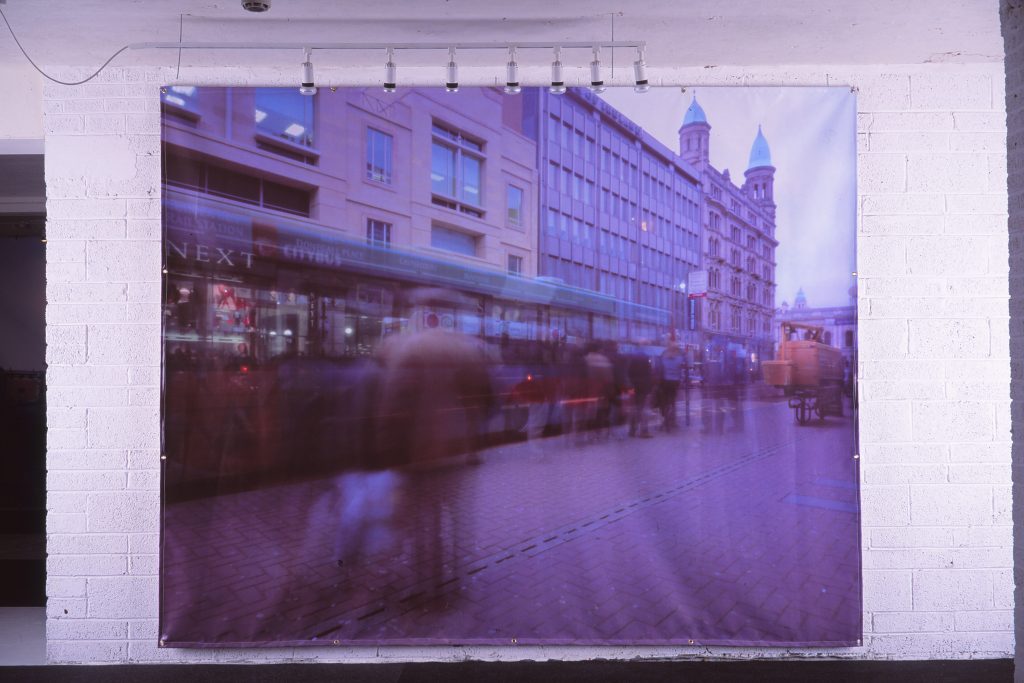 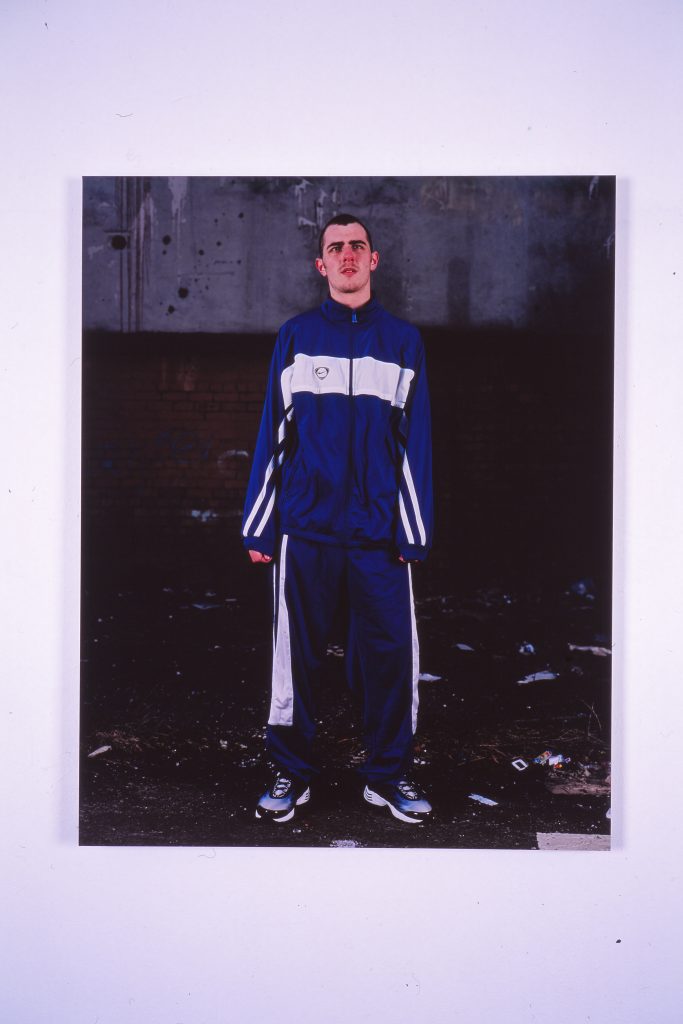 The Golden Thread Gallery continues its’ programme exploring aspects of Belfast’s contemporary urban condition with an exhibition by lan Charlesworth and Peter Richards. Both artists moved to Belfast in the early nineteen nineties and have contributed significantly to the visual arts in Northern Ireland, through their work as artists and curators. Each has exhibited extensively internationally, nationally and here in Belfast.

Contested Space is an exhibition that focuses on aspects of the individual in relation to the context of Belfast, with both artists offering very different appraisals. Both artists have worked closely together throughout the research and realization of the exhibition that promises to provide a unique insight into the latest developments in their working practices.

Ian Charlesworth has focused his attention to the track suit clad youths that are synonymous with he media’s portrayal of Belfast at war. For the exhibition Charlesworth has hired actors to mimic he ‘look’ and utilised some of Belfast’s many derelict sites as sets. Charlesworth has attempted O create an artificiality that mirrors documentary realism, by employing the techniques of fashion photography. The resulting large-scale photographs demonstrate a new direction for the artist.

Peter Richards has centred his works on how the individual contributes to a socially accepted norm. He has employed queues as a focal point for his investigation that has taken him throughout Belfast, where he has recorded acts of unprovoked conformity to unspoken rules that do not necessarily exist. Richards’s mural-scale photographic records of queues are created with a pinhole camera, utilising long exposure times to capture a sense of the individuals behaviour as they wait. The resulting images are then digitally printed. The marriage of these two distinct
technologies marks a new progression in the artists’ practice.