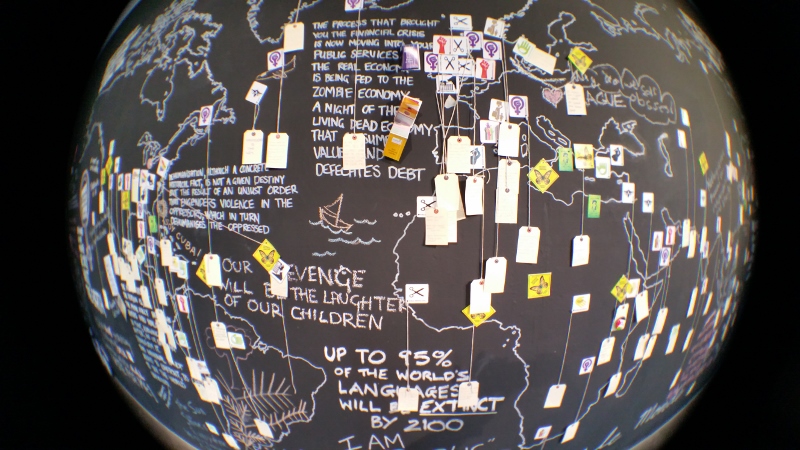 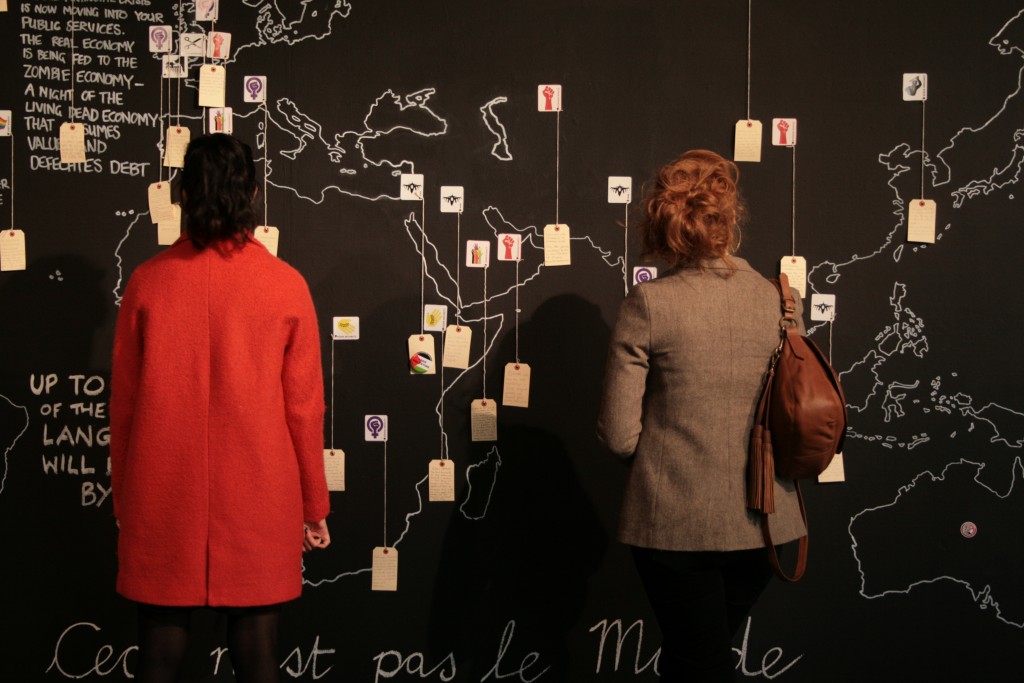 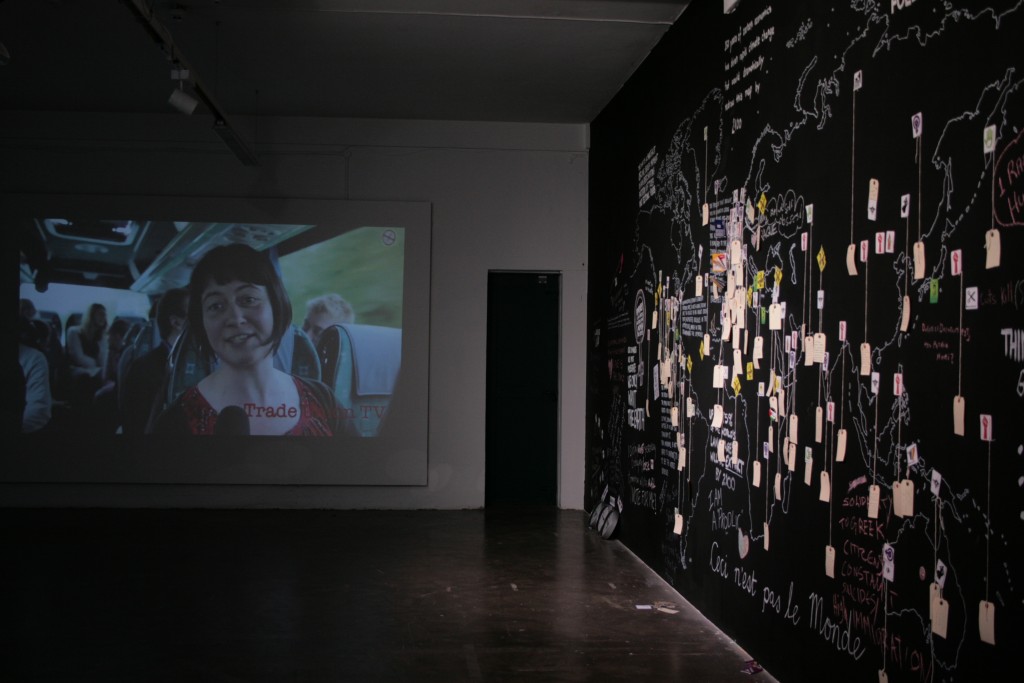 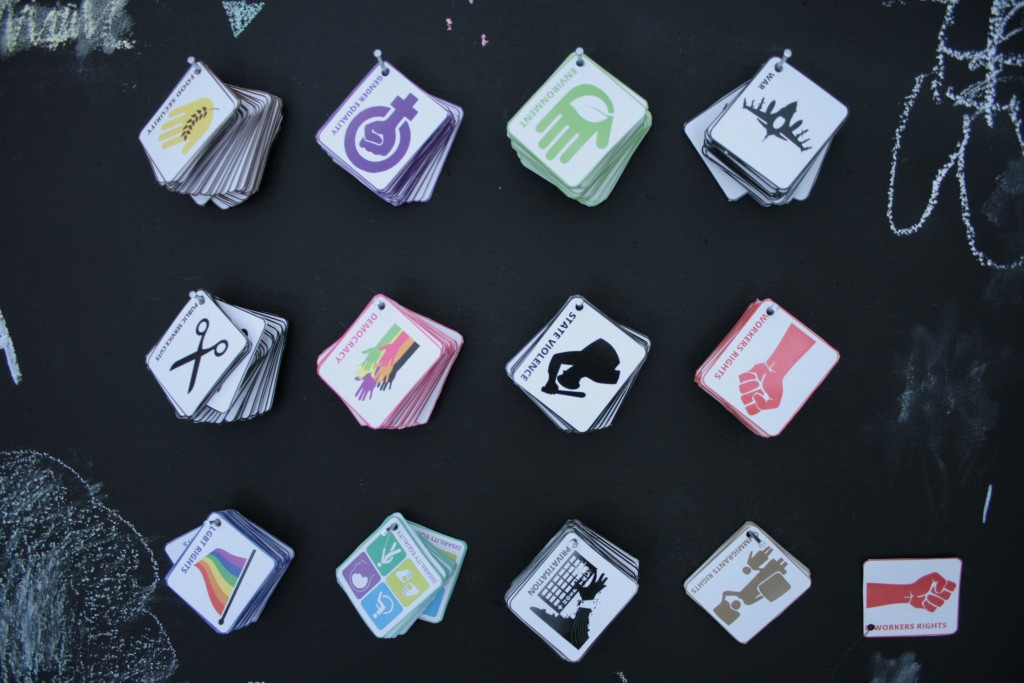 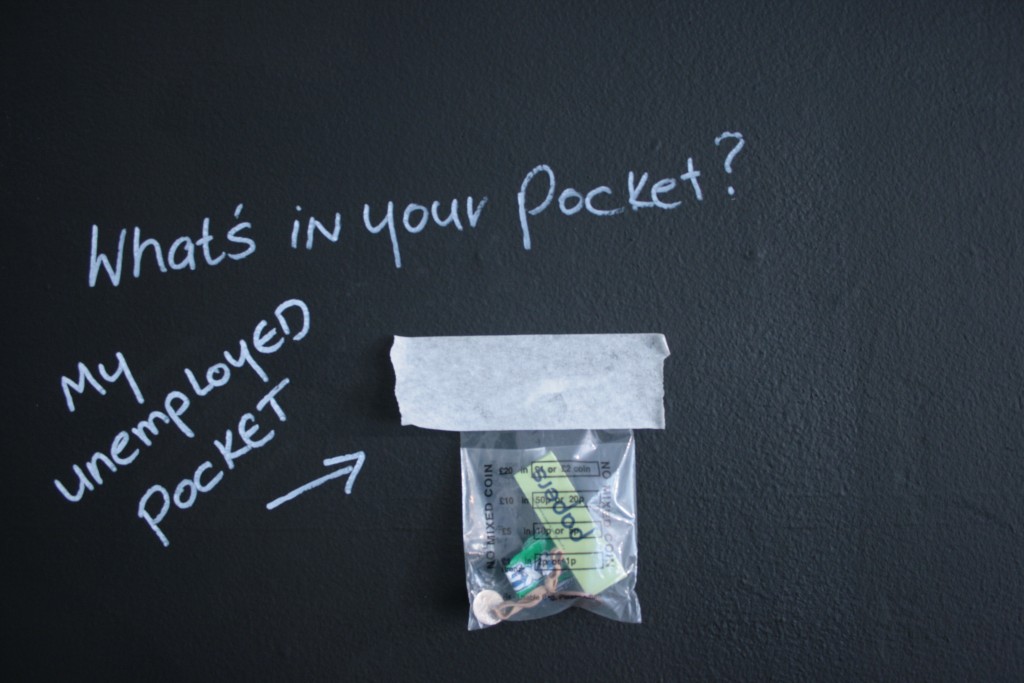 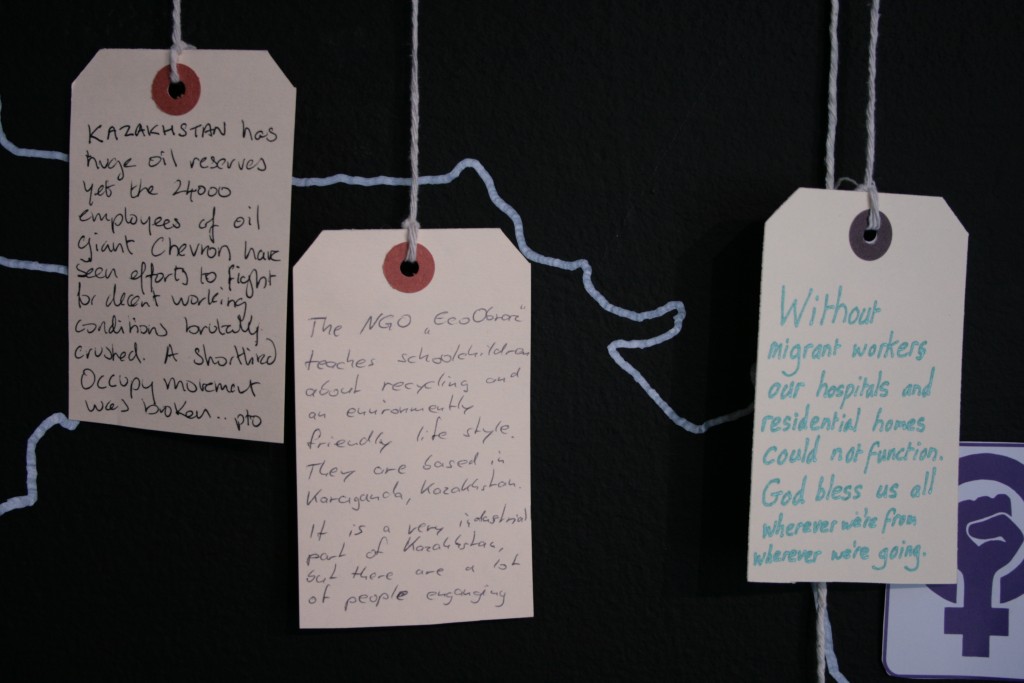 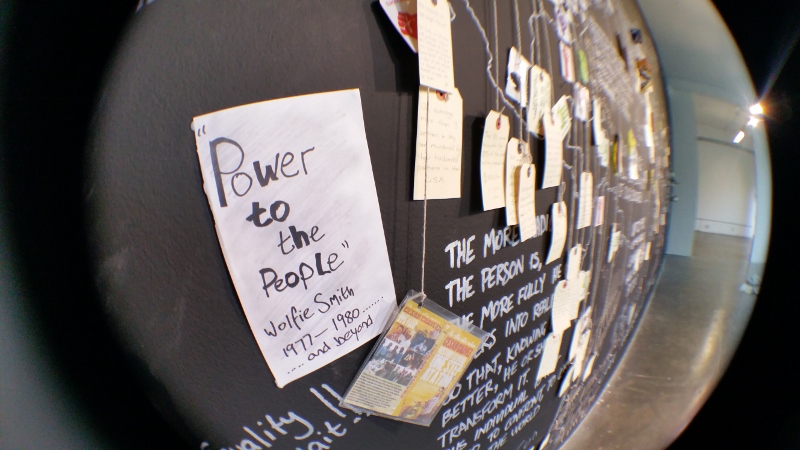 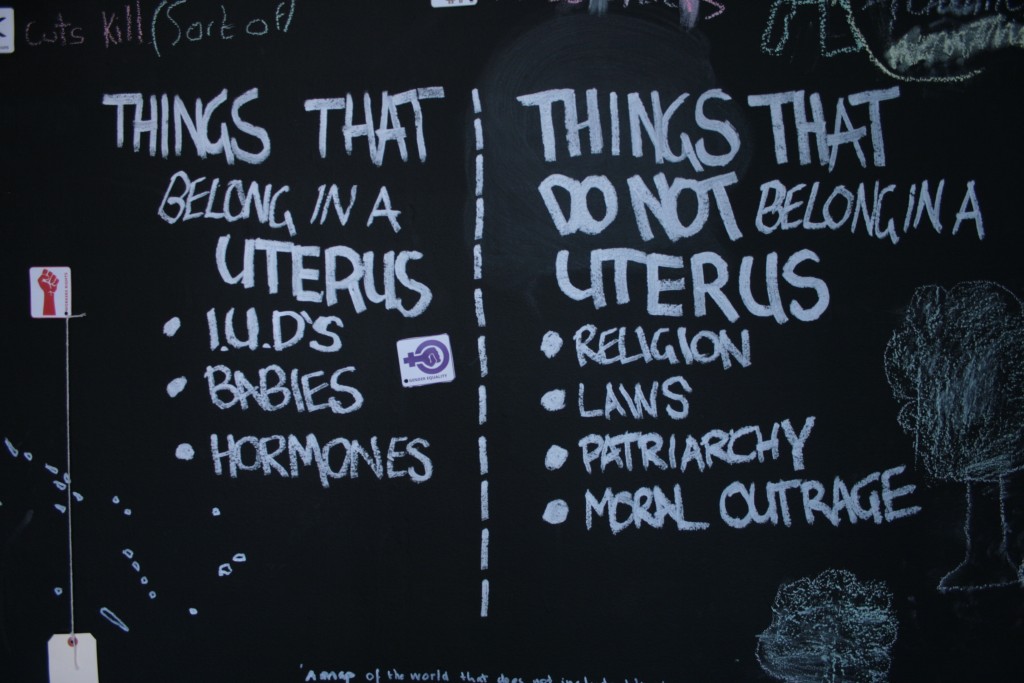 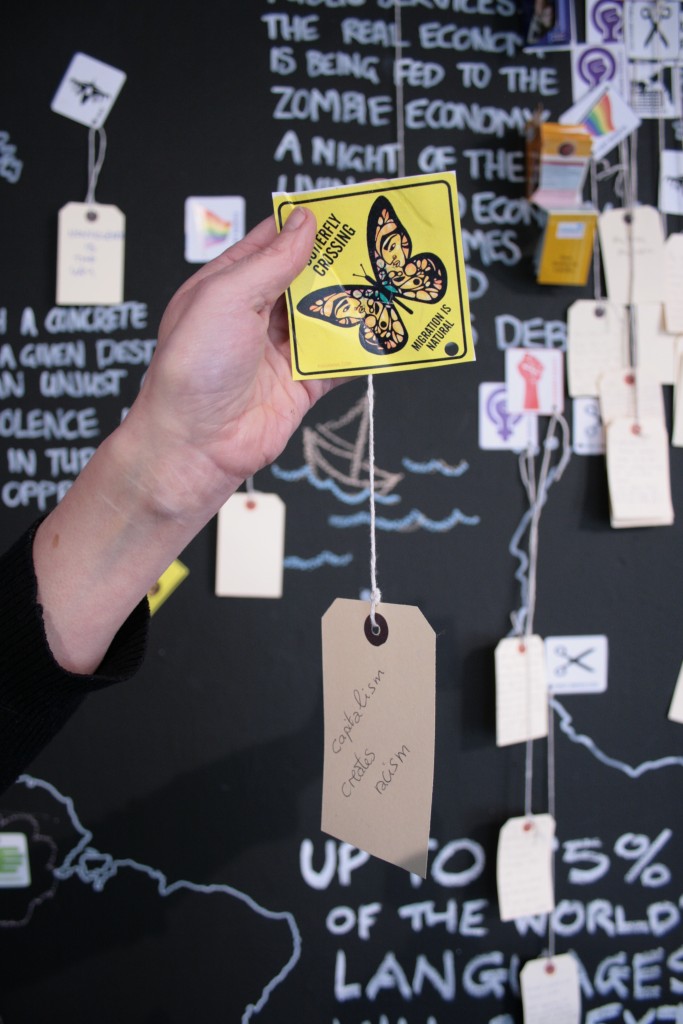 Between Two Worlds is an ever changing exhibition for an ever changing world. Get a sense of the energy that fires campaigns such as Hands off our Public Services, Frack Off, Reclaim the Agenda and the Empty Purse Campaign.  Incorporating footage of Paula Geraghty’s prolific documenting of demonstrations and protests all over Ireland, Between Two Worlds has been designed to showcase solidarity and participation.  Get in on the action, connect with campaigns from Peru to Portadown, map your own activism and see where it takes you.

By questioning the contrasts and inequalities that exist on our doorsteps and connecting them with international campaigns Between Two Worlds brings out an alternative narrative and reminds us that another world is possible.

Between Two Worlds will explode onto the walls of Golden Thread Gallery on the 28th April and from there will grow organically, democratically and freely until it is officially launched on Thursday 7th May between 6pm and 8pm.

Between Two Worlds can be viewed in different ways:

Focal Point Monday 18 May 2015 from Northern Visions NvTv on Vimeo.