Auto Decay
An exhibition of works by Conor Caffrey 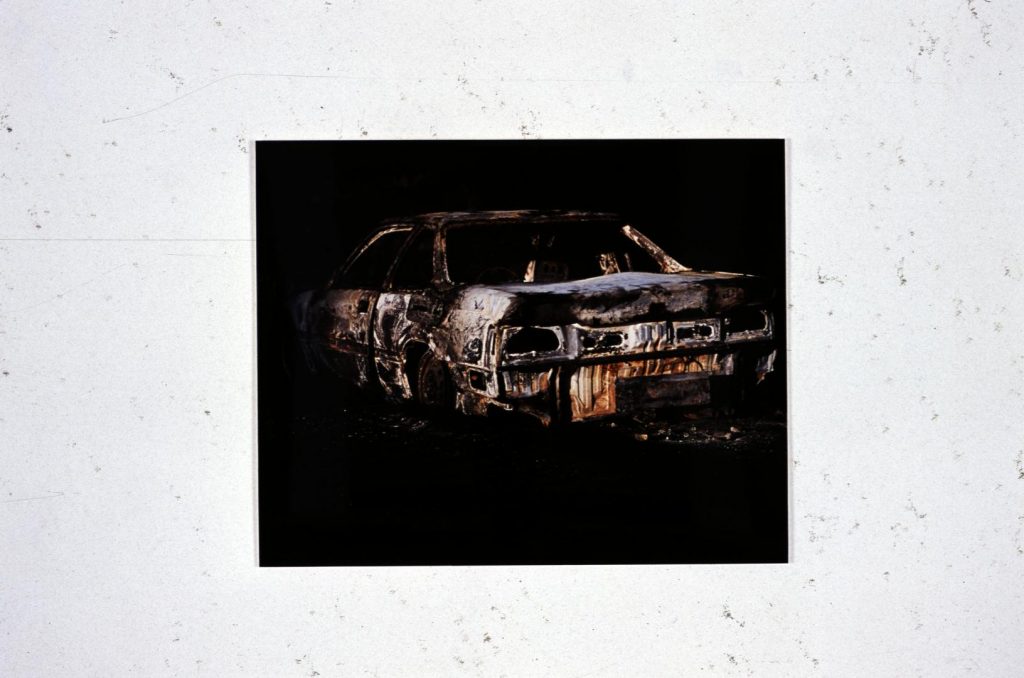 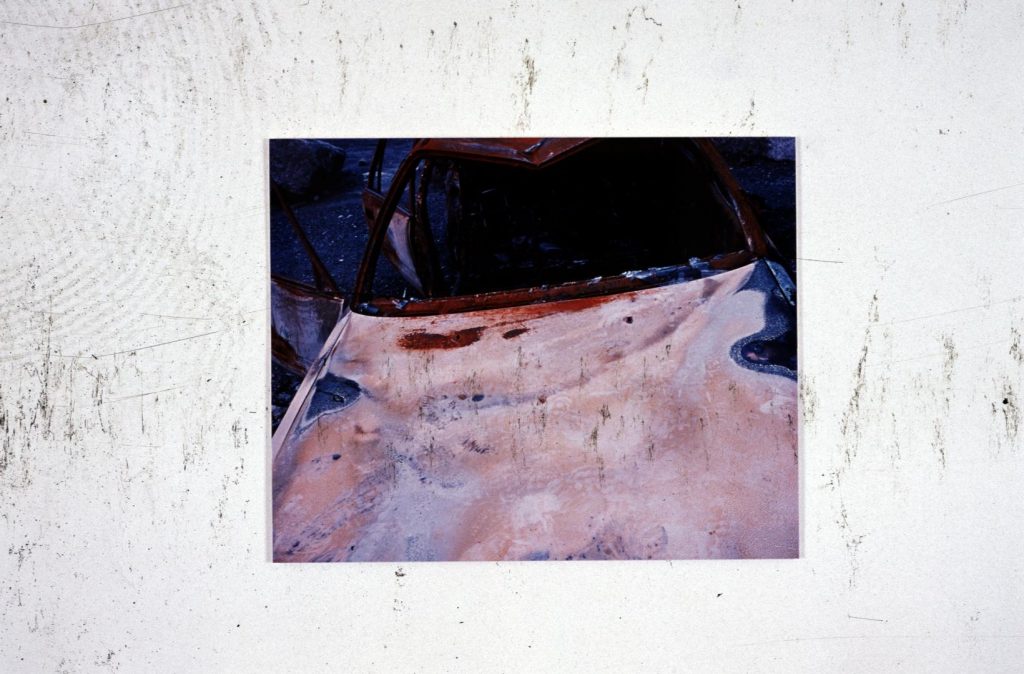 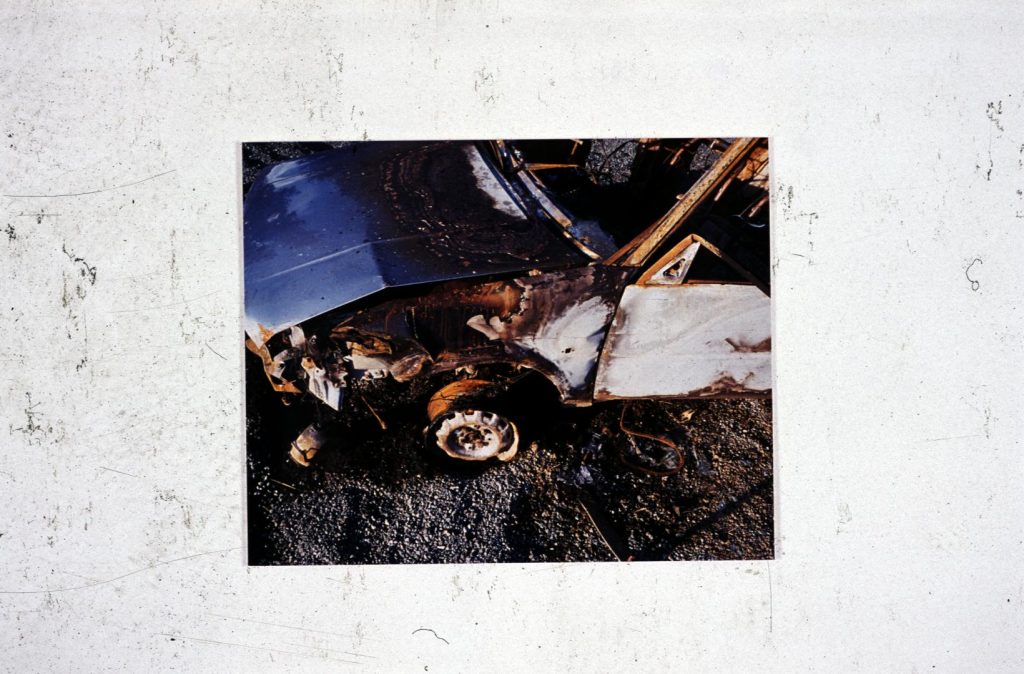 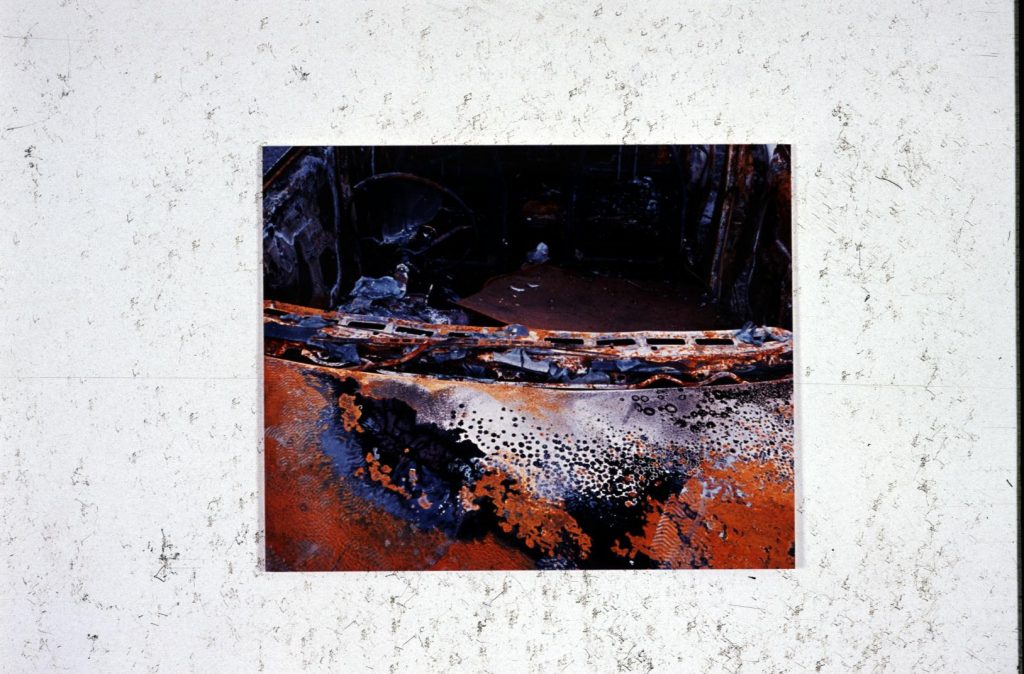 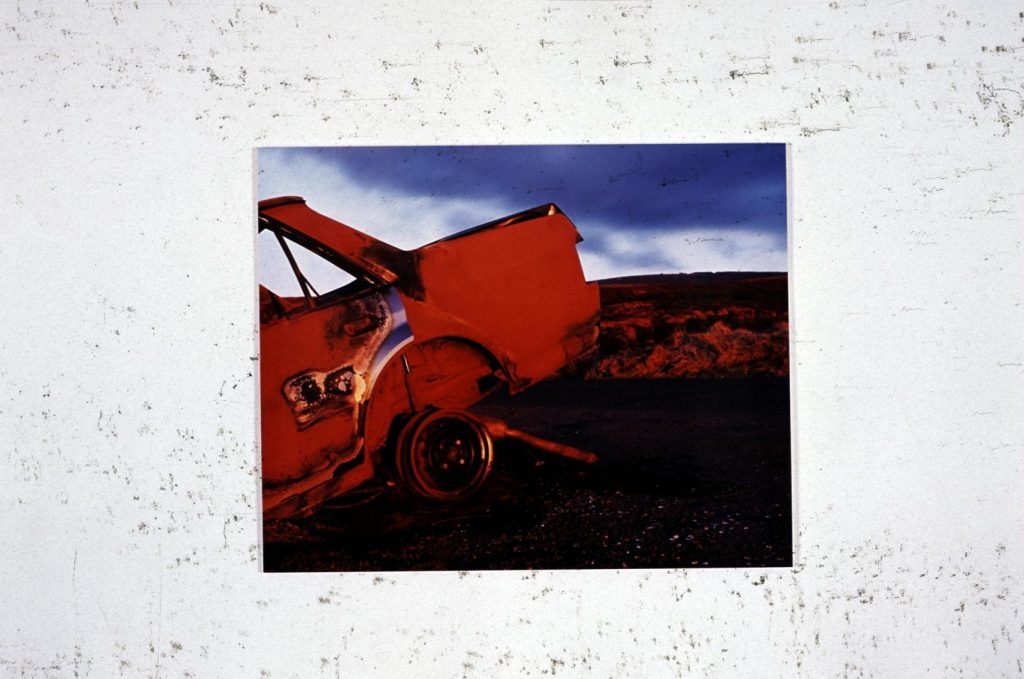 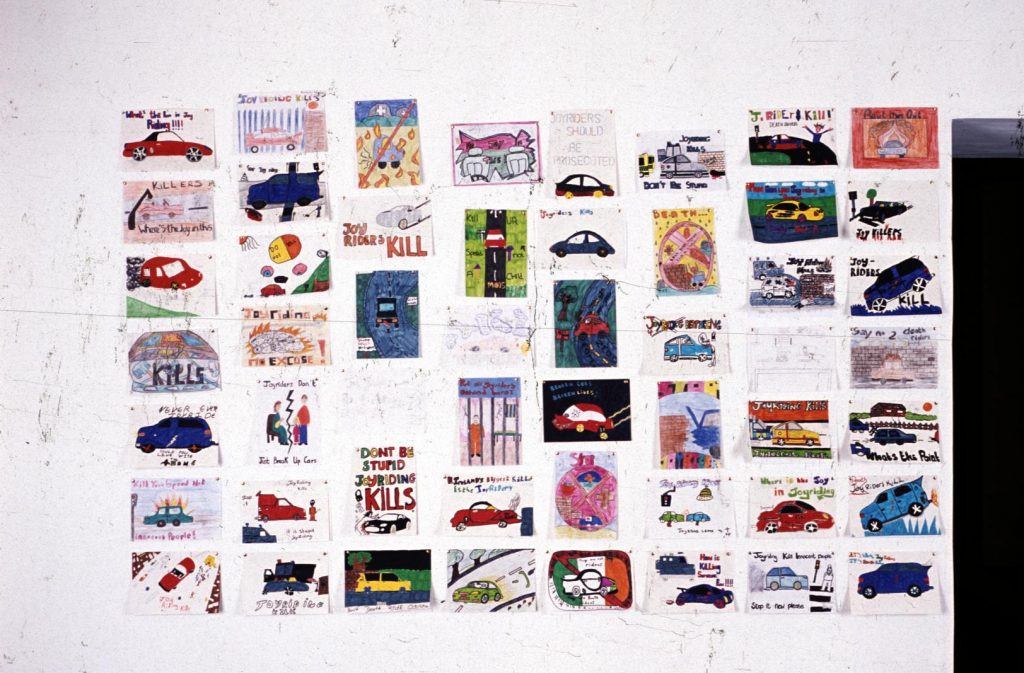 Caffrey began taking this series of photographs last November from a predominately environmental position, aware of the impact that these ‘eyesores’ have on an already flagging tourist industry, describing the images as standing testament to the negligence and ignorance displayed with regard to conservation, in Ireland.

The photographs bring attention to the wanton destruction and callous disregard for life implicit in car crime.

At the same time these photographs undermine the common preconception of ‘joyriding’ as a purely urban phenomenon.

Often associated with cites and towns and with rates of car crime especially high in Belfast, Caffrey in his photographs illustrates that the problem affects all communities in Ireland including the barren bogland of Wicklow.

In the accompanying artists statement, he says: “For longtime we have looked on our boglands as wastelands, and not as a national treasure. The perceived emptiness and uselessness of the boglands has long made them a favourite dumping ground for our rubbish and human detritus”

In his photographs Caffrey manages to find a strange beauty in the juxtaposition of burnt-out cars against the scene landscape of the Sally Gap. The exhibition also includes the display of a series of poems by renowned poet Dennis O’Driscoll.

The Golden ThreadGallery will complement the Auto Decay exhibition with a series of outreach activities. These will include a competition for local schoolchildren to design a road sign that will be use to discourage ‘joyriding’ in north Belfast and a talk by Sean O’Connell of the University of Ulster on the history of ‘joyriding’.