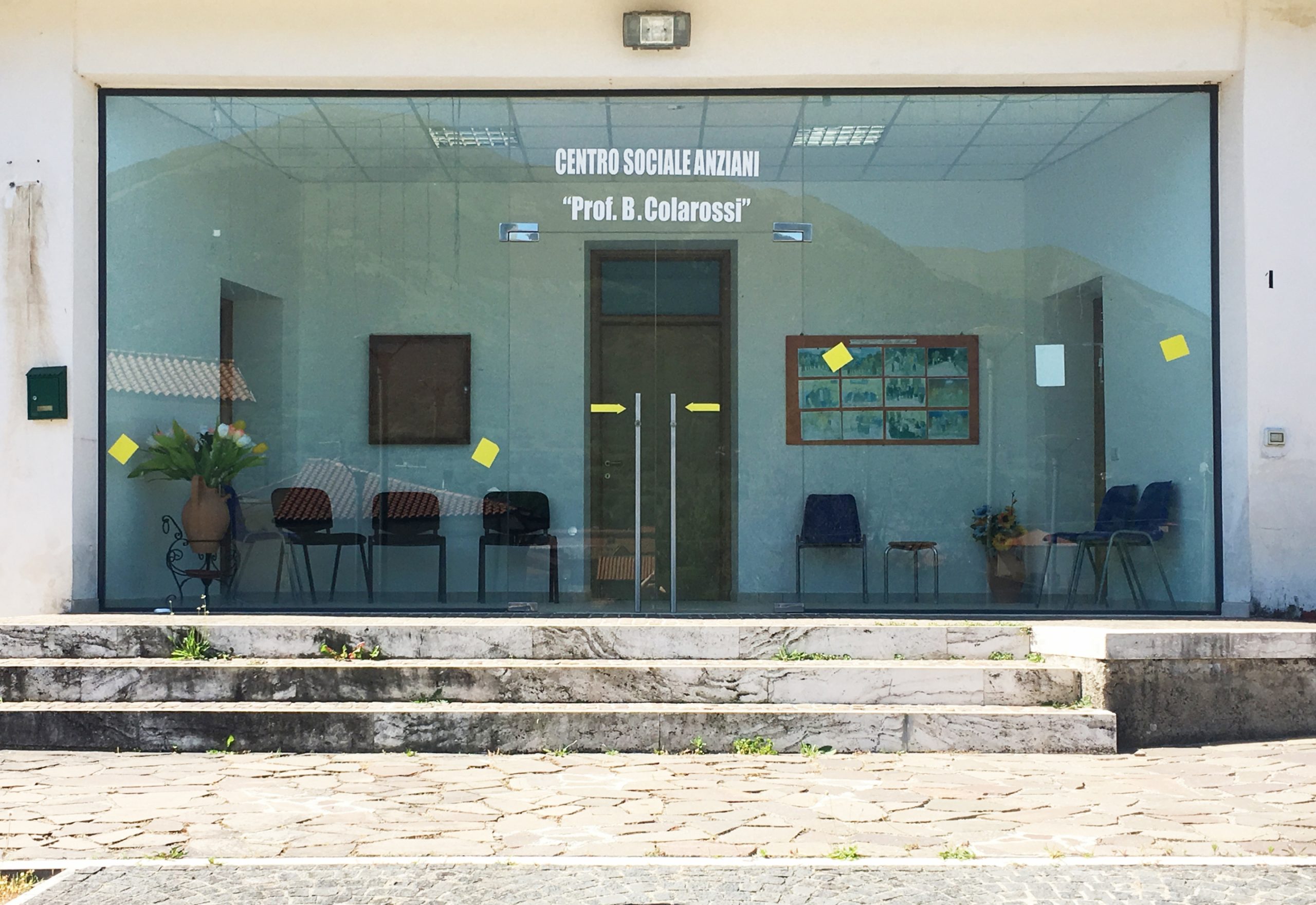 The Golden Thread Gallery is delighted to present, Winnipeg-based (Ca) artist Irene Bindi’s first solo exhibition in the North of Ireland, ‘Annoucing notte sopra, vipere sotto’. Bindi’s project initiated at an Artarcadia artists-residency in Le Caselle, Italy, takes as its starting point Oskar Fishinger’s ‘Walking from Berlin to Munich’ (1927). As an exercise, Bindi walked from one Apennine Valley village to another, 27km away, taking hundreds of photographs in preparation for a conceptual ‘film’ documenting the journey.

In her ‘Annoucing notte sopra, vipere sotto’ installation, Bindi presents repeated field recordings and collages from segments of the walk, which are deliberately indistinguishable as start, rest, or end points. This is mirrored by the fact that Bindi chooses not to present the journey in chronological order, instead selecting key photographs as templates, recreating, disordering and repeating images. Bindi alters her walk from a single path/line, into a knot, where deadly and slow moving vipers continue to sleep, coiled in the grasses lining the roadways. Bindi also recorded animal screams in the Valley, people’s footsteps through the village streets and on marble staircases, as a back drop to her expedition, adding further layers of disorientation.

About the artist- Irene Bindi‘s work combines variations of installation, collage, and sound. Informed by formal and structural elements of experimental cinema, her projects often manifest as “film without film”, where material film forms the conceptual starting point for an exploration. In recent work, the deconstruction and reconstruction of the moving and/or photographic image, using non-photographic material, attempts to evoke epistemological questions about the essential image, material/medium adherence, and culturally defined areas.
Aiming to question the prescribed narrative and cultural value of objects and spaces, Bindi’s interest is in breaking down images and their surroundings to simple physical relations and generating confusion. She is interested in the way that inversions, material alterations, and re-contextualisations can affect the way that we navigate artworks.

As a visual and sound artist, she has exhibited and performed in venues across Canada and the United States. She holds an MA in Film Studies from York University, and is production editor for the progressive Winnipeg-based book publisher ARP Books.