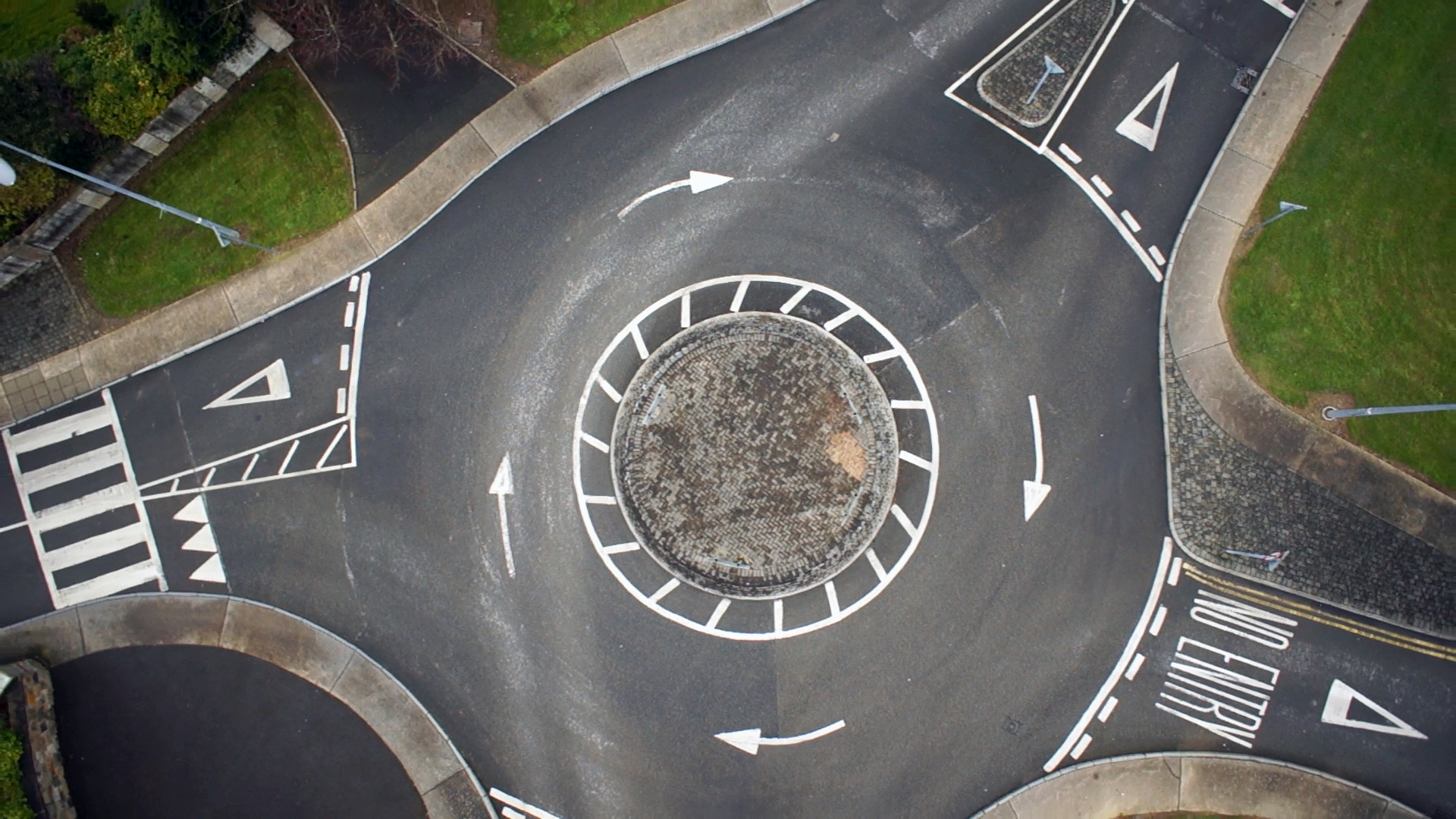 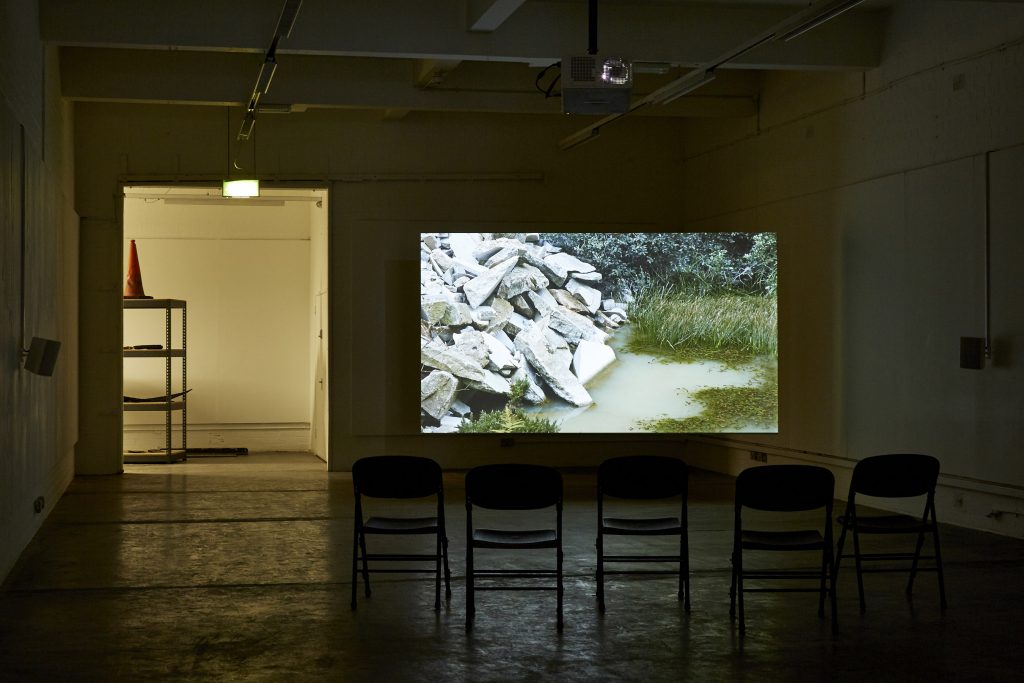 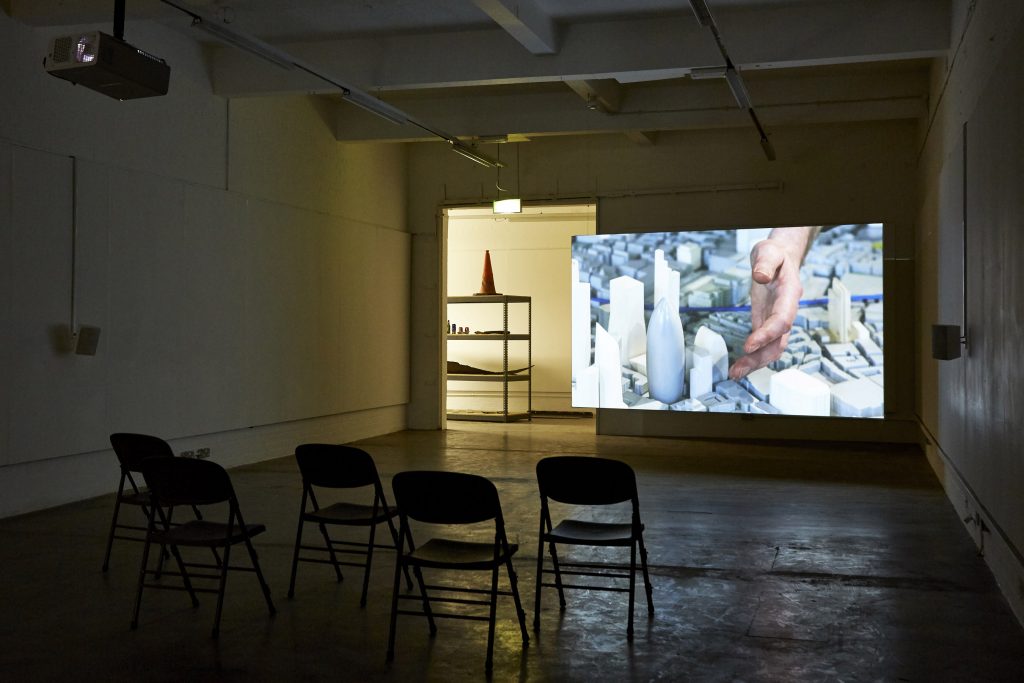 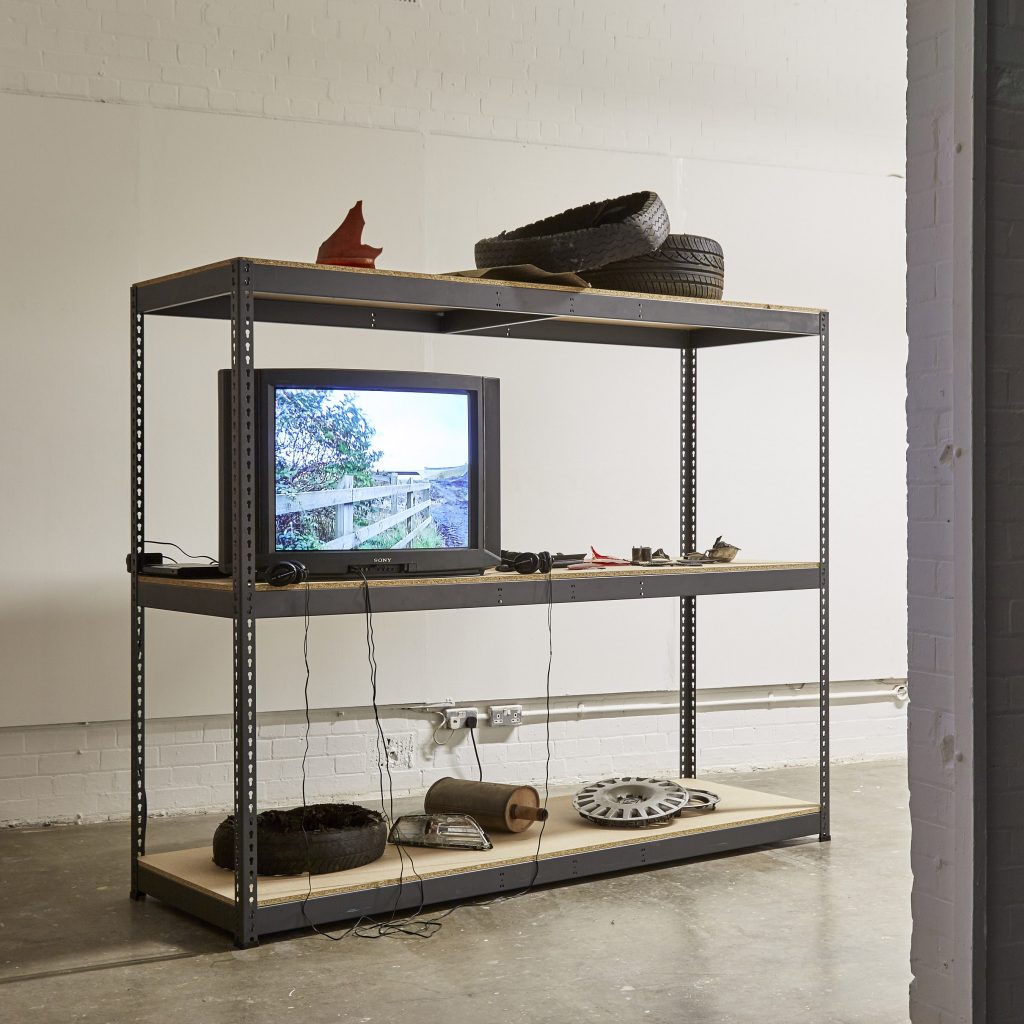 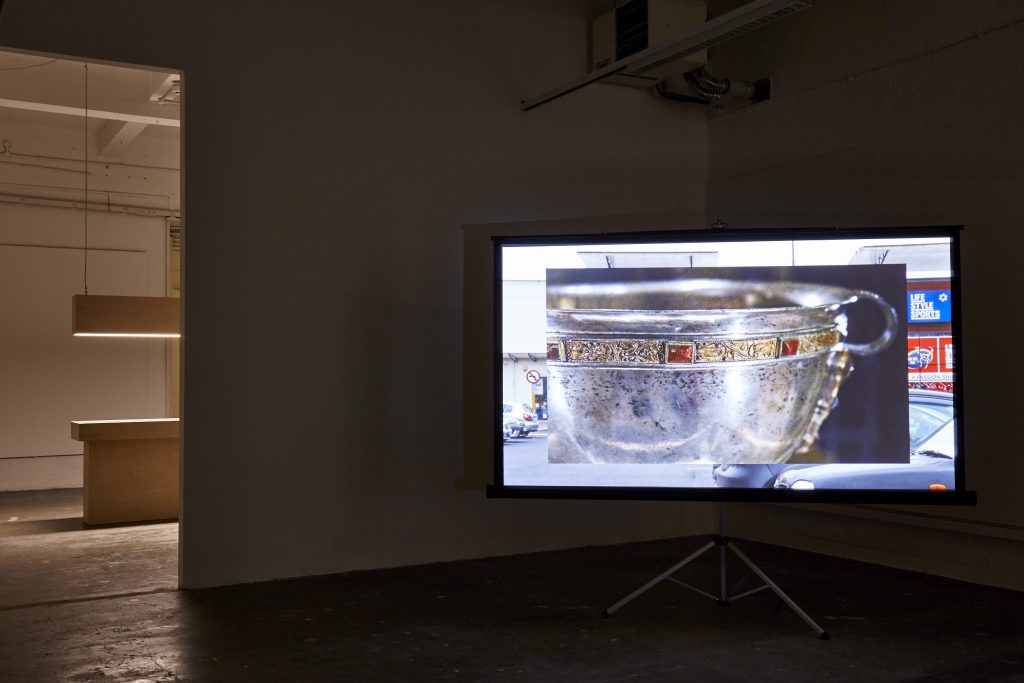 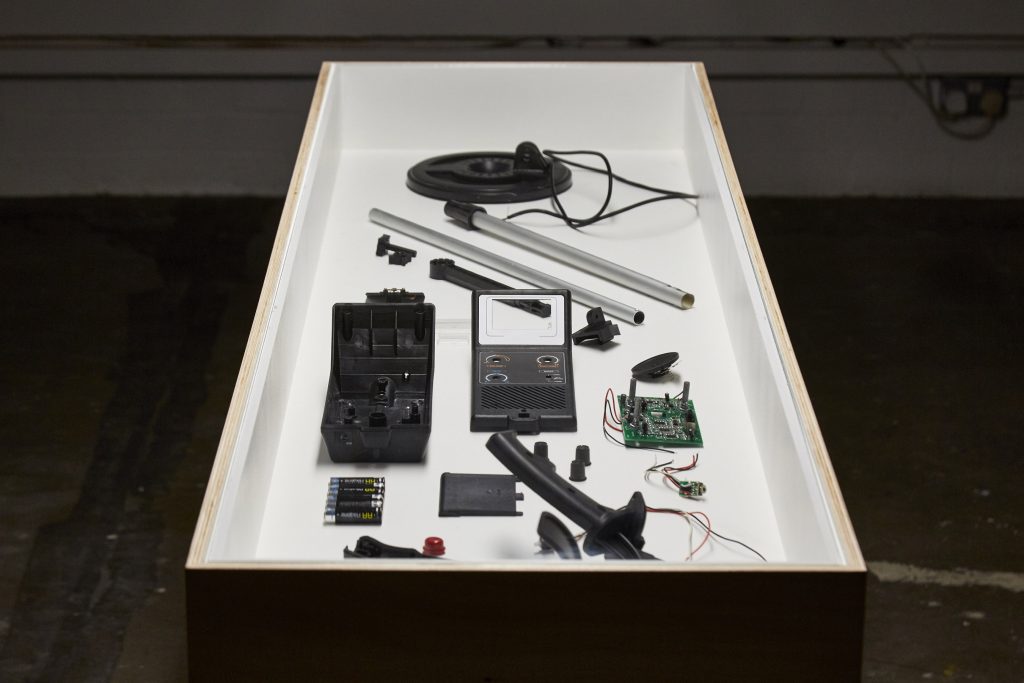 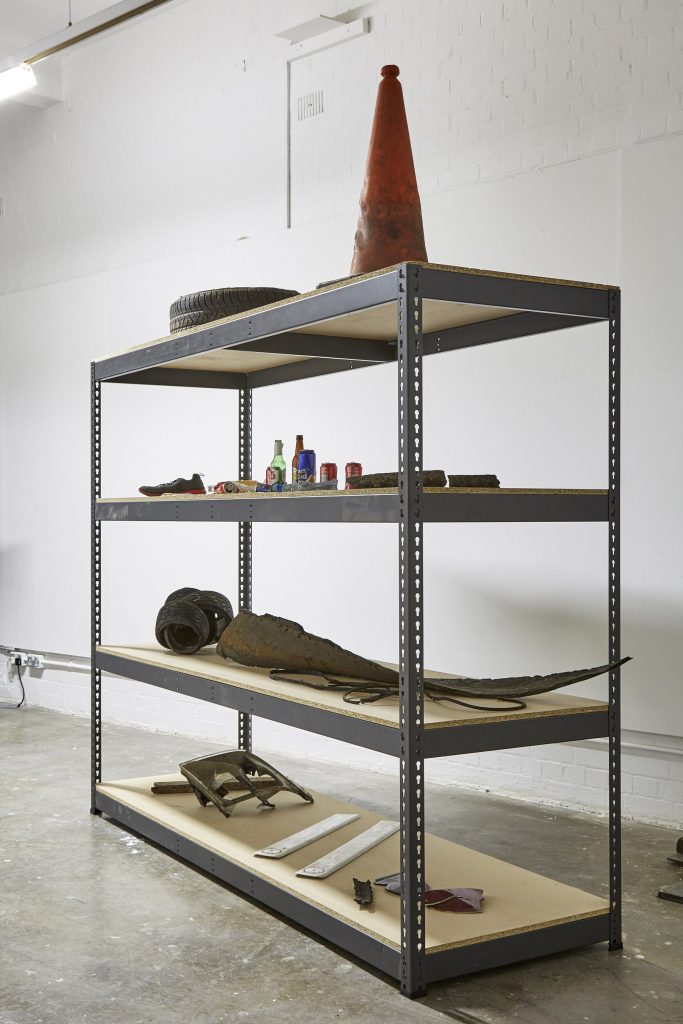 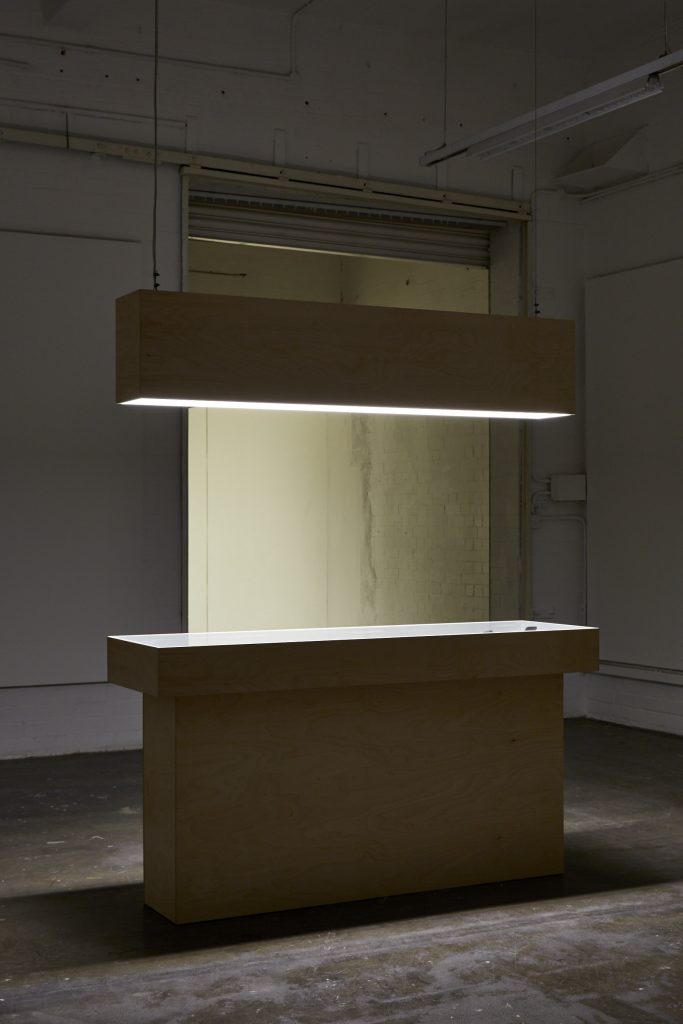 Golden Thread Gallery is pleased to launch the international tour of Adventure: Capital, a new artwork by artist Sean Lynch that was commissioned for Ireland at Venice 2015, the Irish Pavilion at the 56th International Art Exhibition –  La Biennale di Venezia. Visited by over 400,000 people during the world’s most prestigious visual arts exhibition, Adventure: Capital toured across the Republic of Ireland during 2016, with presentations at Limerick City Gallery of Art; The Model, Sligo; and Royal Hibernian Academy, Dublin. The international tour of Ireland’s entry into the 56th Venice Biennale will be opened on the 1st of September at Golden Thread Gallery, Belfast, before opening at Rose Art Museum, Boston on the 10th of September.

Adventure: Capital is Sean Lynch’s most ambitious project to date and traces a journey from myth to minimalism around Ireland and Britain, combining Greek river gods; public art at regional airports; quarries and the art of stone-carving; an abandoned sculpture in Cork; and a traffic roundabout, on a storytelling journey that unravels notions of value and the flow of capital through an anthropological lens. Adventure: Capital explores the allegories and underlying narratives of the contemporary architectural and social environment.

Campaign to Change the National Monuments Acts (2016) investigates the legal status of metal detectors in Ireland. Following national controversy around the finding of the Derrynaflan Hoard, a medieval treasure trove uncovered in the 1980s, the state hastily placed a blanket ban on the public use of all devices used to search for archaeological objects. This legislation effectively destroyed the fledgling Irish metal detectorist community of Ireland. Using the tropes of promotional videos, Campaign to Change the National Monuments Acts advocates for a change in these authoritarian laws, where ideas of nationhood, individual freedom, and the need for new forms of community-led heritage are all explored on a journey narrated by Lynch’s long-time collaborator Gina Moxley.

Latoon (2006–2015) features folklorist and storyteller Eddie Lenihan, who in 1999 campaigned to save a whitethorn bush from being destroyed by the construction of a €90 million road scheme in Latoon, County Clare. Lenihan claimed that the bush is an important meeting place for supernatural forces of the region, and warned that its destruction would result in death and great misfortune for motorists travelling on the proposed new road. His campaign was featured on CNN and in The New York Times. Clare County Council, acting on his advice, eventually changed the direction of the road away from the bush. In 2006, Lenihan agrees to further explain the significance of the bush. Arriving at Junction 11 of the M20 motorway accompanied by a local television production crew, we encounter the construction of another road nearby, and the bush once more seems to be in danger.

Speaking in advance of the opening, Curator of Adventure: Capital, Woodrow Kernohan, Director of EVA International – Ireland’s Biennial said, “This is the first exhibition of the international tour of Ireland at Venice 2015. During the Irish Tour across the Republic, Adventure: Capital evolved with each iteration – offering audiences something new and unique at each location. For its presentation at Golden Thread Gallery, Adventure: Capital will be shown in a new configuration alongside two of Sean Lynch’s playfully political projects, exploring folklore and road building, legislation and heritage.”

Mike Fitzpatrick, Commissioner for the Irish Pavilion in 2015, Director of Limerick’s European Capital of Culture 2020 bid and Head of School, Limerick School of Art and Design, LIT said “The success of Adventure: Capital at the 2015 Venice Biennale and across Ireland shows that Sean Lynch can take his place among Ireland’s most exciting and interesting artists.”

Ireland at Venice is an initiative of Culture Ireland in partnership with the Arts Council.