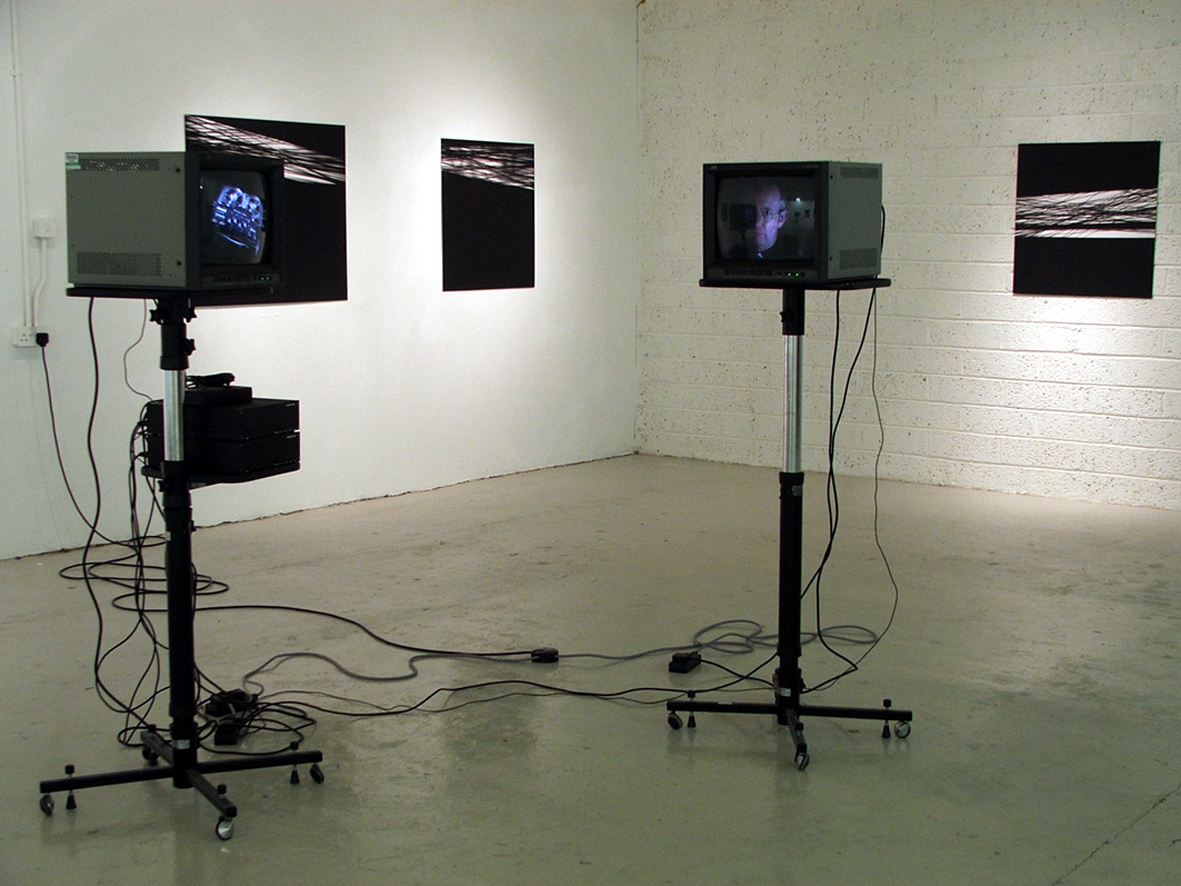 A Dark Noise
An exhibition of works by: Martina Corry;  Allan Hughes and Susan MacWilliam. 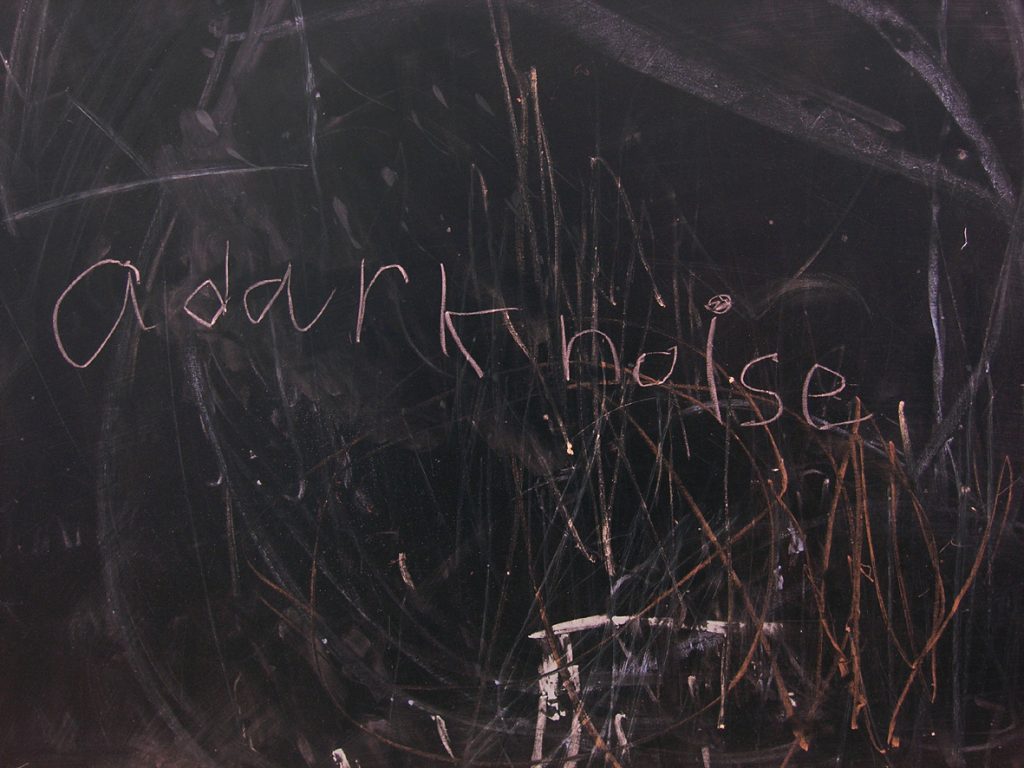 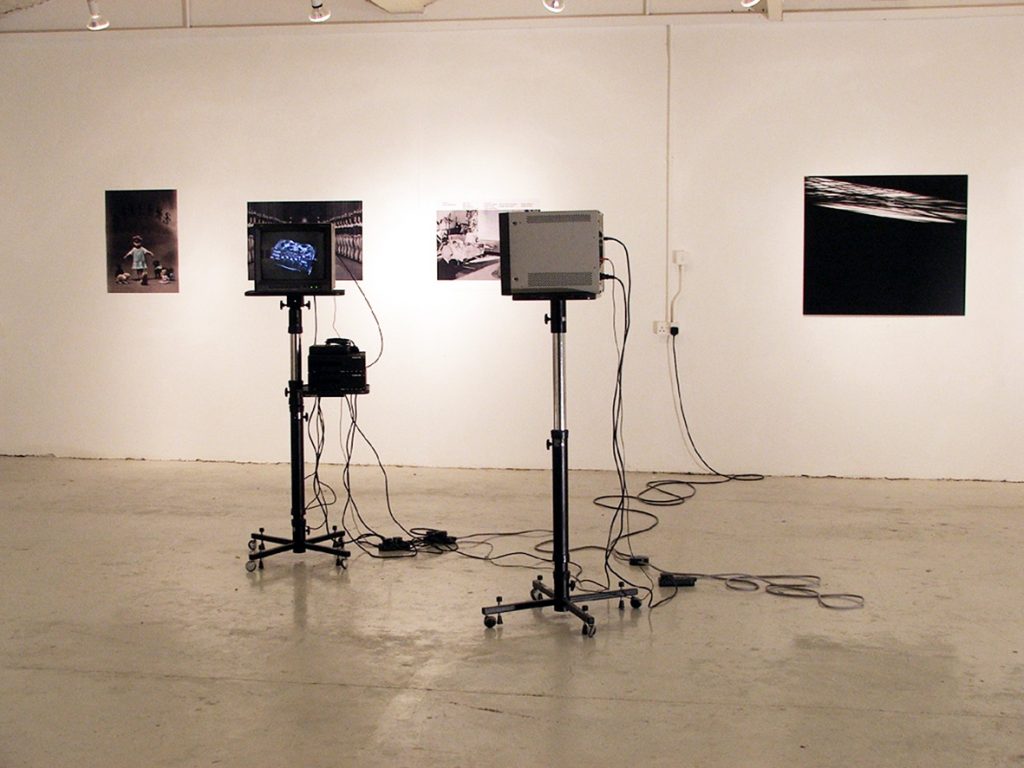 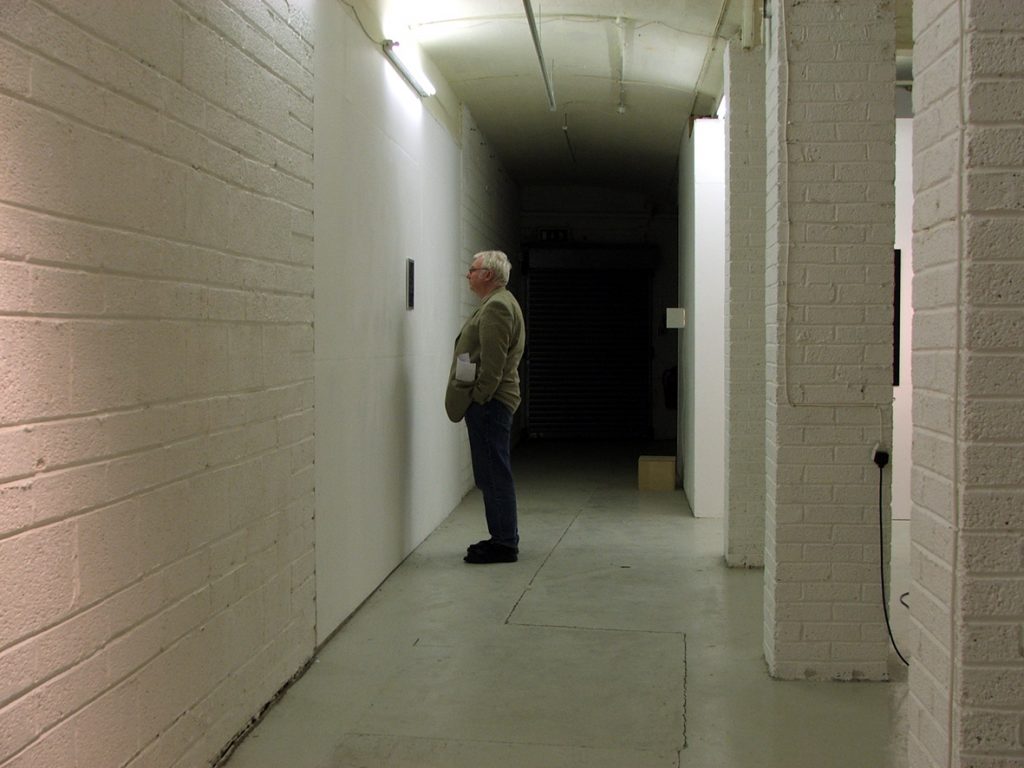 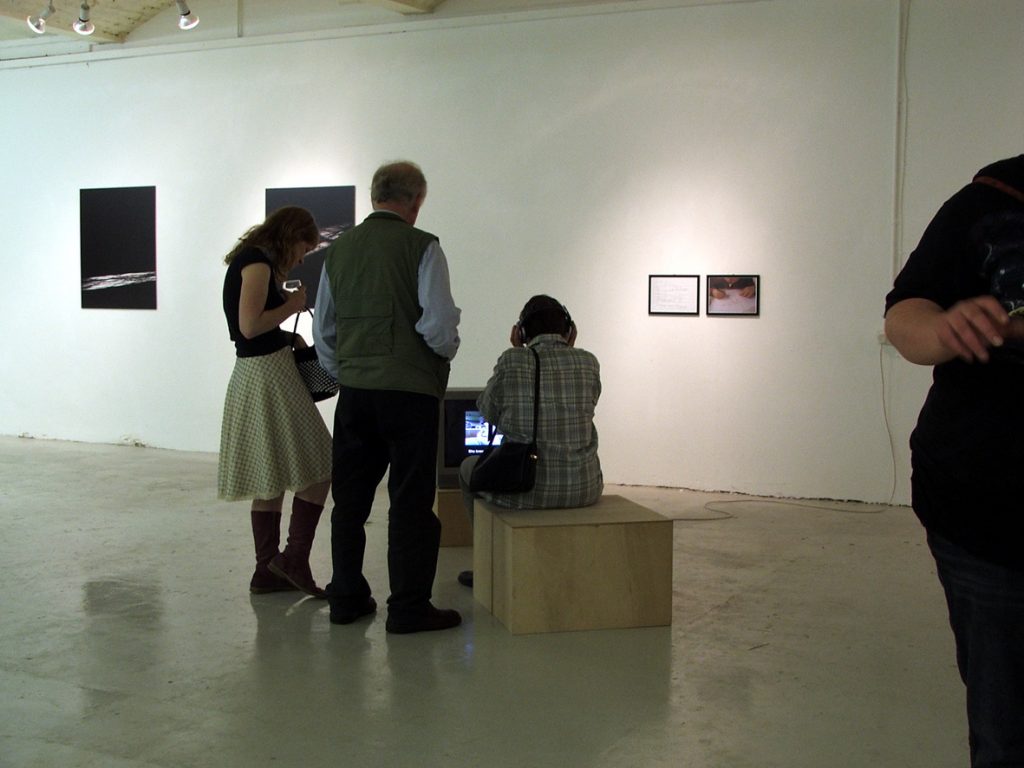 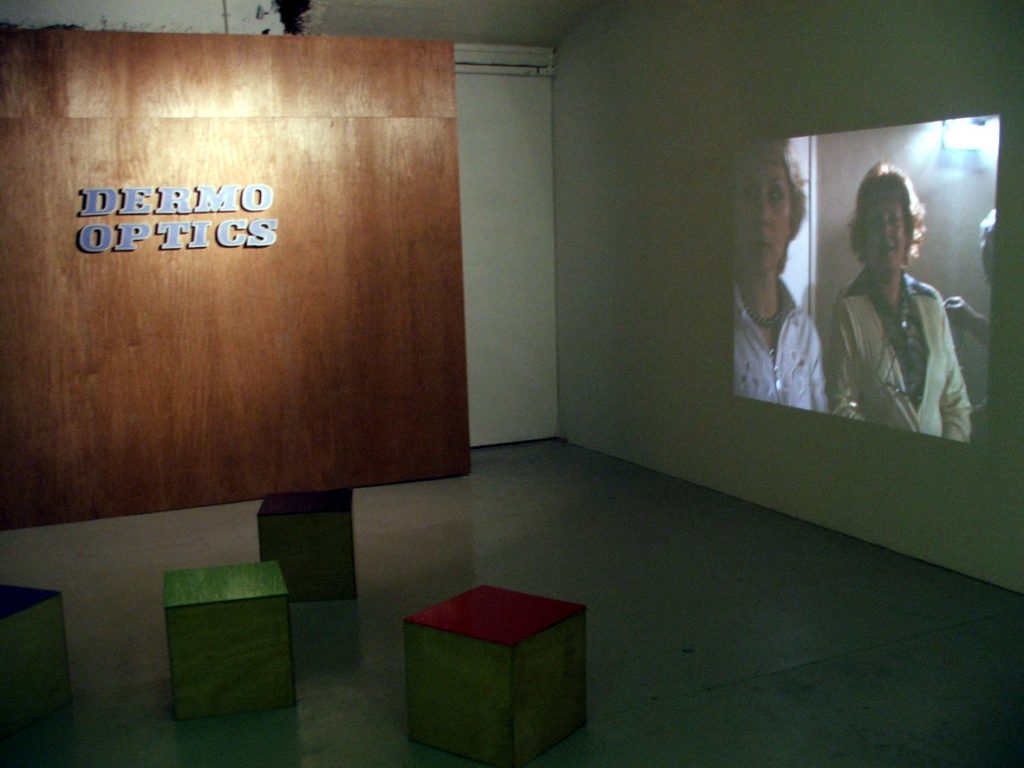 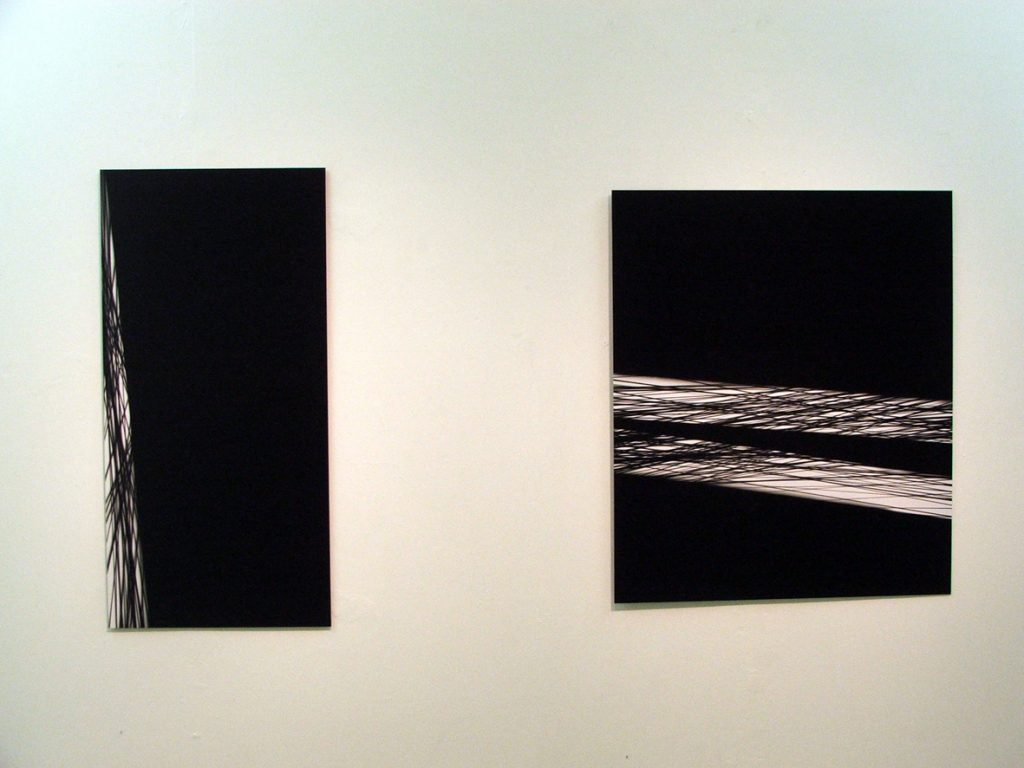 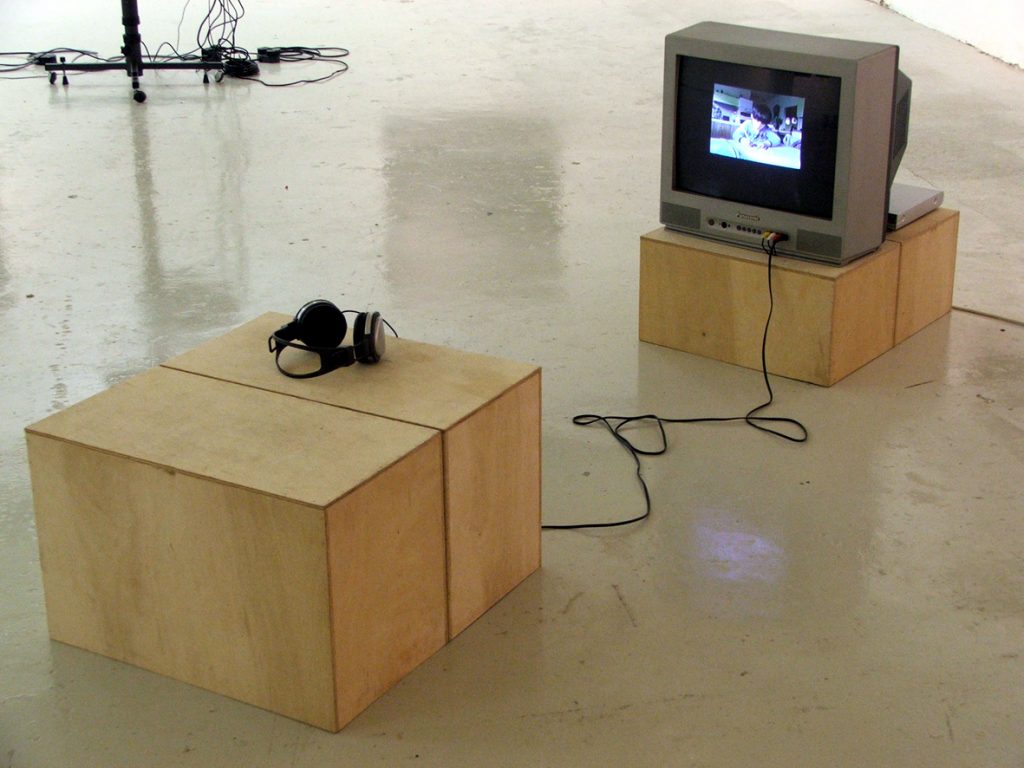 The starting point for A Dark Noise was a conversation around notions of narrative in contemporary art that slowly developed into this physical manifestation, an exhibition, bringing together the work of three artists, Martina Corry, Allan Hughes and Susan MacWilliam.

In the ‘Feelers’ poster series MacWilliam draws analogies between the parlour game of blind man’s buff and the experimental demonstrations of dermo optical perception. ‘Living Room’ gathers together a number of obscure historical figures that have all been the subject of MacWilliam’s work. These figures posses a variety of bizarre and extraordinary phenomena which are discussed in the 2005 video work ‘Explaining Magic To Mercer’, here the artist discusses the X-Ray vision of Kuda Bux, the ectoplasmic materialisations of Helen Duncan, the multiple personalities of Mollie Fancher and the fingertip vision of Rosa Kuleshova with her 5 year old nephew Mercer.

Corry succinctly describes, her work as “abstract representations of light upon photo-sensitive paper”. Corry is interested in how photographs are experienced simultaneously as image and object, tangibly real and yet somehow remote. Not merely images, but seen, encountered and negotiated as real objects.

In her work the images are constructed, as opposed to having been ‘taken’, in the way a camera could be said to passively ‘take’ a photograph. Each image is built up over a period of time and rather than merely representing a past event, the image records and represents itself, inextricably linking the real and the represented.

Allan Hughes’ highly staged video works have developed into an exploration of the use and meaning of sound in contemporary cinema, in particular the voice and by extension the influence that has had on mediated representations on the use of audio technology in documentary and television drama.

‘Two Channel Exorcism (reverse ADR)’ and ‘Two Channel Exorcism (psychogenic audition)’ re-employ techniques such as ‘lip sync’ to shift the focus from the constructed narrative to the construction of narrative. Through the appropriation of cult images, the impact of technological manipulation is investigated. Thematically his work can be seen to engage in ideas of deceit and duplicity.

Since the spectacle’s job is to cause a world that is no longer directly perceptible to be seen via different specialised mediations, it is inevitable that it should elevate the human sense of sight to the special place once occupied by touch; the most abstract of the senses, and the most easily deceived, sight is naturally the most readily adaptable to present-day society’s generalised abstraction.

Debord, The Society of the Spectacle.