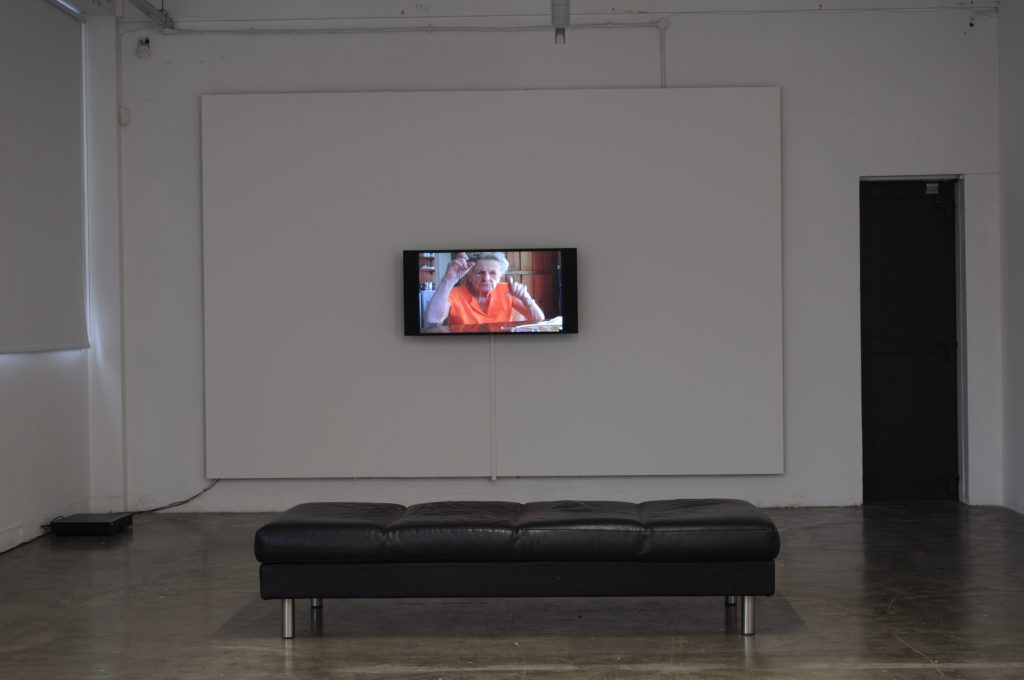 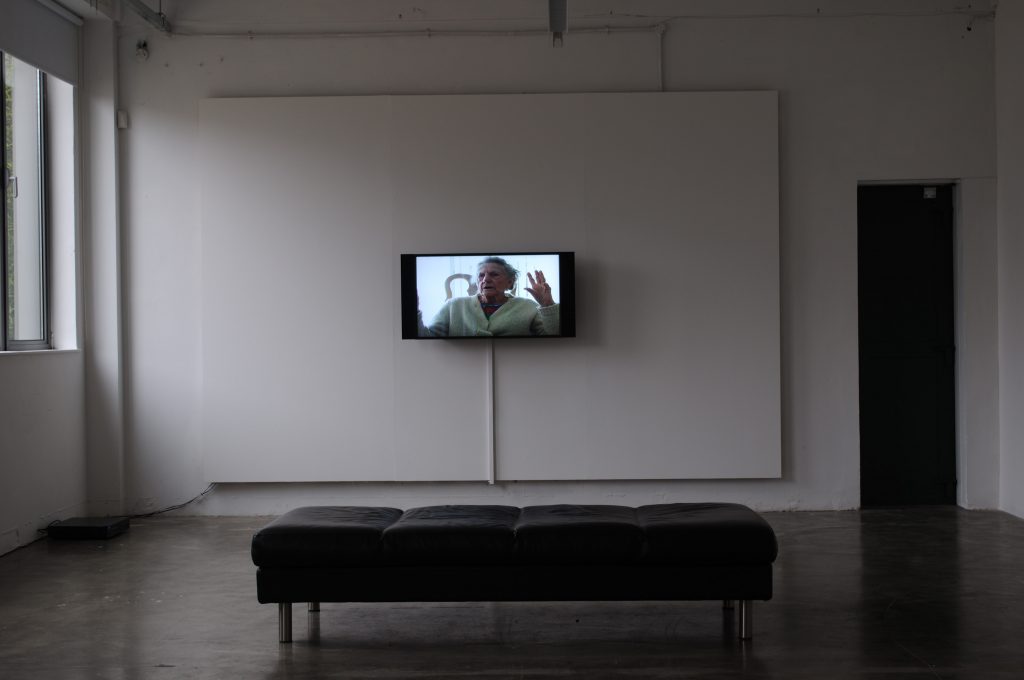 On October 7th 1930, at his National Laboratory of Psychical Research, Harry Price held a séance with the medium Eileen Garrett. Price hoped to make contact with the deceased Sir Arthur Conan Doyle. Instead Flight Lieutenant Irwin of the R101 ‘came through’. The R101 had crashed in flames on October 5th 1930 near Beauvais, France on its maiden overseas flight to India. During the séance Irwin revealed technical and mechanical information about the crash that Garrett could not have known. This séance was to become infamous as the ‘R101 séance’.

The Irish trance medium Eileen Garrett (1893-1970) founded Creative Age Press in 1941 and the Parapsychology Foundation in 1951.

13 Roland Gardens was first screened in ‘Seeing is Believing’ at the Photographers’ Gallery, London in 2007 where it was exhibited alongside archival photographs of mediumistic phenomena from the collection of the psychical researcher Harry Price, Senate House, University of London.

13 Roland Gardens is accompanied by a text by Dr.Slavka Sverakova.

Susan MacWilliam will present a solo exhibition curated by Karen Downey for Northern Ireland’s presence at the Venice Biennale of Art 2009. MacWilliam has exhibited video and installation works in Ireland and internationally for over 15 years – recent solo shows include ‘Double Vision’, Jack The Pelican Presents, New York and ‘Eileen’, Gimpel Fils, London, both 2008. Susan MacWilliam’s practice explores the world of the paranormal, and the tradition of psychical research – she has made works about materialisation mediums, table tilting, optograms and eyeless sight. In 2008 MacWilliam completed a residency in Winnipeg where she researched the Thomas Glendenning Hamilton Spirit Photograph Collection housed at the University of Manitoba Archives, Winnipeg.

Based in Belfast, MacWilliam is a lecturer in Fine Art at the National College of Art and Design, Dublin. Her video works are housed in the Drama and Literature Section of the British Library’s Sound Archive.