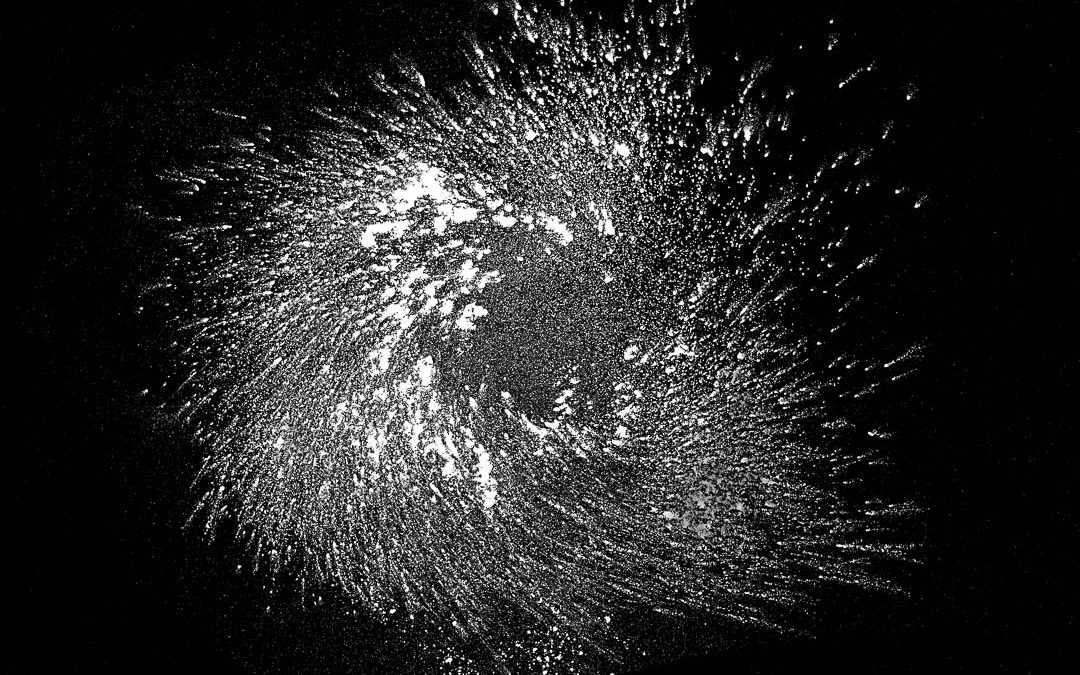 Golden Thread Gallery are delighted to present the next exhibition in our Project Space, OXYgen – an exhibition of work by Aoife Shanahan.

OXYgen consists of a series of photograms made with the drug Oxycontin®, a strong narcotic and the prime suspect in the current opioid crisis. While the drug is legally available via prescription as a tablet, it is often then ground down into a fine powder and subsequently snorted or injected, creating an instant euphoric high similar to that of heroin.

Purdue Pharmaceutical, owned by the Sackler family, aggressively marketed Oxycontin® to physicians claiming that the drug’s delayed release mechanism would limit the risk of addiction. This was not the case and vast numbers of patients became strongly addicted, needing increasing doses to satisfy their cravings or turning to cheaper street alternatives such as heroin. Therefore, a new generation of addicts was created.

In an image-saturated environment, we are constantly exposed to new digital data that is easily manipulated and audience-specific, distributed through news and social media platforms. The level of trust in the media has dropped so dramatically that we must devise alternate approaches of communication that challenge, probe and question traditional modes of viewing. This work attempts to highlight how camera-less photography can be used as an effective way of talking not only about the issues surrounding addiction but also about the issues surrounding photographic representation.

Aoife Shanahan is a visual artist based in Dublin, Ireland.

She received her MFA in Photography from the Belfast School of Art (2018). Her work is driven by a strong interest in camera-less photography. Her experimental approach towards traditional analogue materials allows her to explore their expressive possibilities and to question their contemporary relevance in a digital era.           She also holds a degree in Pharmacy from Trinity College, Dublin.

Her work has been exhibited internationally. Recent exhibition venues include The National Gallery of Ireland, The Royal Hibernian Academy, Green on Red Gallery and The Centre for Fine Art Photography, Colorado. She was the recipient of the 2016 RHA Curtin O’Donoghue Emerging Photographic Artist Award. Her work resides in a number of collections including The National Gallery of Ireland, The OPW State Art Collection and The David Kronn/IMMA Collection.

Aoife is represented by Green on Red Gallery, Dublin.