Celebrating IWD at the GTG 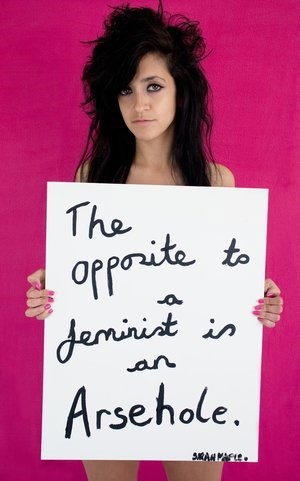 Happy International Women’s Day! We are celebrating by looking back at some of the exceptional women artists who have exhibited at Golden Thread Gallery in the past. We’re proud to have ensured that 50% of our exhibitions over our history have been by women, and glad to play our part in the improving representation of female artists.

Our brilliant volunteers have written about a few selected women whose exhibitions here in Belfast at the GTG directly challenged sexism and patriarchal values. Starting with the extraordinary Barbara Hammer, as chosen by Katharine Paisley.

“Hammer is considered the foremost pioneer of queer feminist cinema. For over 40 years her work has been challenging the straight, male-dominated iconography of the female body and sexuality. Through her films, performances, photography and installations Hammer rejects the male definitions and representations of women in film and photography. She negates the male gaze and celebrates lesbian desire through the active participation of women, countering the passive roles afforded to them in traditional cinema. Other past works have explored queer histories, such as the biographies of the artists Hannah Hoch and Claude Cahun.

The newest member of the GTG team, Chiara Matteuci, has written about two radical women we were thrilled to welcome to the GTG: Sarah Maple and Margaret Harrison.

“Margaret Harrison is an engaged artist, always in the forefront of addressing social concerns and political controversy. She’s one of the founders of the London Women’s Liberation Art Group and she’s probably best known for the closing of her exhibition in 1971 by the police due to her sexually charged works.

In 2015 the Golden Thread Gallery hosted Harrison’s first solo exhibition on the island of Ireland. We are them, they are us included several seminal works, created at various stages of her career, alongside a number of more recent pieces. This exhibition explored many of the themes common in Harrison’s work, like her concern with the property rights and land ownership, and the issues of gender inequality and the objectification of women in popular culture.

Harrison has always explored the transformations of our age, from the women’s labour within the installation Greenham Common (1989), where she recreates a portion of the perimeter fence from Greenham Common military base, to the consideration of female gender in the contemporary society. In Scents of Identity (1993) young, often ethic minority, cosmetics salesgirls are depicted in polished, glossy department store surroundings.

Meanwhile, in He’s Only a Bunny Boy (1971), she draws Hugh Hefner posing proactively in a corset, stockings and bunny ears.

This hilarious artwork was part of her first solo exhibition, the one which the police closed after only one day. Things have changed since then, but not the way Harrison question the world, always with humour and a rebel gaze.

And speaking of rebels… Sarah Maple is a visual artist based in the UK. Her mixed identity (half Britannic and half Islamic) is one of the major themes investigated by the artist, always with a wonderful (for someone outrageous) spontaneity. She’s currently taking part at the exhibition “Don’t ask me where I’m from” at Aga Khan Toronto dedicated to migration.

In 2014 her artworks were exhibited at the Golden Thread Gallery. God is a Feminist was a journey through Maple’s diverse, engaging, challenging and sometimes controversial practice.

Her artworks are very current and avant garde, especially those related to the subject of feminism: just have a look at the painting “Menstruate with pride” from 2010-11, and think about the current issue of the tampon tax! “

We’re looking forward to presenting our audiences with more outstanding exhibitions by women artists in 2020/21, including Joy Gerrard‘s first major solo exhibition in Belfast, ‘A Crowd Exists’, coming up in May.